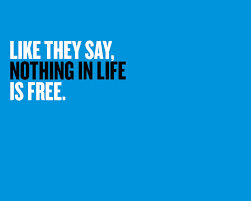 As part of New Jersey’s record $50.6 billion budget, the Legislature and Governor crowed about a series of one-shot gimmicks to address the state’s affordability crisis. Included in their definition of “relief” were a one-year suspension of the fees for admission to state parks, some professional licenses, and waiving the $27 cost of a marriage license.

In a state where the average cost of a wedding is north of $37,000 that $27 might cover the cost of a groom’s boutonniere, but not much else. In a Facebook post, Sam Morris, the longtime Mayor of Mine Hill Township in Morris County, noted that the legislation created another layer of bureaucracy for towns like his. Marriage licenses are issued at the local level, and because of the state’s new budget, municipalities are required to have local personnel request reimbursement from the state for the cost of waiving the license fee.

As Mayor Morris noted, while his town of about 3,500 residents only handles 30 to 40 wedding licenses a year, but this additional paperwork could impose a significant administrative burden in other municipalities where thousands of licenses are issued each year.

One commenter on the Mayor’s posting mused that it would costs taxpayers $150 in administrative costs to recover each $27 license fee waived. While that may (or may not) be an exaggeration, in New Jersey beleaguered taxpayers have come to expect nothing less from Trenton.

Similarly, the free admission to state parks and beaches may again results in higher costs for localities. With Summer season in full swing, Seaside Park Mayor John A. Peterson, whose town is adjacent to Island Beach State Park, is preparing for the overflow onto his town’s streets and beaches requiring more municipal services, when the state park reaches its capacity.

Local officials were not consulted in advance of the decision, with Mayor Peterson stating he learned of the free admission to state parks “from residents who saw the information on their cellphones while waiting for the start of a Borough Council meeting.”

When it comes to giveaways from Trenton, the old axiom “nothing in life is free” certainly holds true as local taxpayers are left with the bill from Trenton’s self-serving freebies in this year’s budget.