Can a "Field of Dreams" Lead to Economic Opportunity in Paterson? - GSI - Garden State Initiative

Can a “Field of Dreams” Lead to Economic Opportunity in Paterson? – GSI 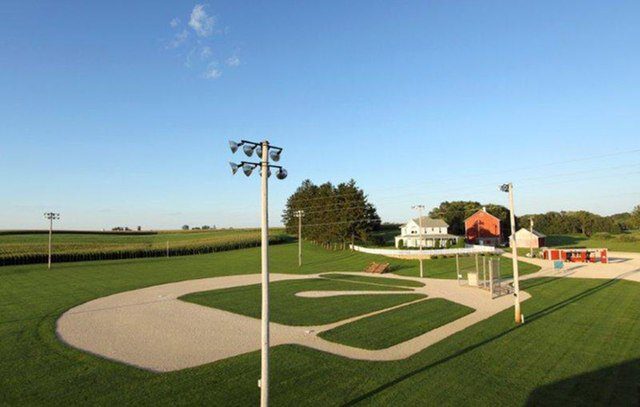 For a time in the late 1990s, building taxpayer-funded minor league baseball stadiums was THE hot trend in New Jersey.  The state joined a ballpark boom that was going on all over the country with communities seeking a boost in civic pride and perhaps some economic development. Two decades later, the record has been decidedly mixed, but may provide some insights for future development surrounding ballparks in New Jersey. Today, the City of Paterson is trying to defy that history with a new model.

Decades after opening, ballparks in rural Sussex and suburban Little Falls continue  to offer independent league baseball, and serve as hubs for community-based events. On a grander scale, the Somerset Patriots, through the vision of the late Steve Kalafer, became one of the most successful independent league teams in the country and this season became a Double-A affiliate of the New York Yankees. Similarly, in 2001, the Jersey Shore BlueClaws began play as a Single A affiliate of the Philadelphia Phillies at a new ballpark in Lakewood, and have remained a box office success catering to suburban families just off the Parkway.

In our state’s capital, the Trenton Thunder relocated from upstate New York in 1994, and while they have been a success at the turnstile and in the standings as a Double-A affiliate of 4 different major league teams,  their home stadium, paired with a multipurpose arena, has also resulted in modest commercial developments in the surrounding neighborhood.

Unfortunately, Trenton’s modest success has not been replicated in other New Jersey cities seeking to build an urban Field of Dreams. Seeking to capture the magic that allowed Oriole Park at Camden Yards to revitalize Baltimore adjacent to the Inner Harbor; Newark, Camden and Atlantic City constructed new ballparks that came to symbolize failed redevelopment plans.

Just this week, a new set of redevelopment plans emerged, following several failures, for the site of Bears & Eagles Riverfront Stadium in Newark’s Central Ward. The $30 million, 6,000 seat minor league stadium opened in 1999, but ticket sales gradually declined and the Newark Bears ceased operations in 2013. The ballpark, which was funded by bonds from the City of Newark and Essex County, continued to cost taxpayers millions in annual debt payments and maintenance well after the Bears ceased operations. The ballpark deteriorated and was demolished in 2019.

Similarly, in 2001, Camden’s $31 million Campbell’s Field opened on the waterfront as the home of the Camden Riversharks and in 2004 was named “Ballpark of the Year.” The ballpark’s $7 million in environmental remediation costs and $25 million In construction was primarily funded by the state’s Economic Development Authority (NJEDA), a loan from the Delaware River Port Authority (DRPA) and a grant from Rutgers University.  Heavy debt payments and a declining box office led to a near-foreclosure and the demise of the Riversharks in 2013. The facility did not survive revitalization plans along the riverfront and was ultimately demolished in 2018 to make way for a new athletic facility for Rutgers-Camden.

Minor League baseball came to Atlantic City in 1998, as the $14.5 million Sandcastle opened as home to the Atlantic City Surf standing isolated at the eastern terminus of Routes 40 and 322 and several blocks inland from the Boardwalk. The taxpayer-funded ballpark was paid for with $11.5 million from the Casino Reinvestment Development Authority (CRDA) and the balance from the City of Atlantic City.  Never a success at the box office or on the field, the Surf ceased operations in 2008. The ballpark has had sporadic usage for events but has largely been left to deteriorate. Any redevelopment at the site will likely be connected to long-anticipated development of the adjacent Bader Field.

While the marriage of baseball and redevelopment of New Jersey’s cities has been less than ideal, the restoration of historic Hinchliffe Stadium in Paterson may show a new path.  The stadium, one of the few surviving Negro League ballparks, had fallen victim to neglect and vandalism in recent decades. However, earlier this year, a combination of government and private sector investment breathed new life into the site with a nearly $100 million mixed-use development plan that includes 7,800 seats and development of a 75-unit affordable senior housing building, a parking garage, and a restaurant and event space that includes tributes to the Negro League stars who graced Hinchcliffe’s diamond. Unlike the other failed efforts that counted on games to lead the revitalization, Paterson’s effort does not include a new team, but is refining existing assets to create a like/work/play destination. If successful, it could provide a model for future projects across New Jersey, If not the country.