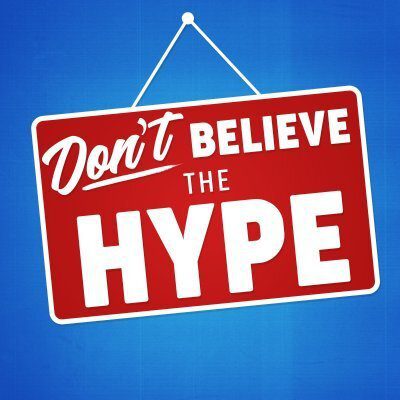 If you listen to rhetoric from Trenton politicians and many in the State House media you’d be led to believe that our state’s deteriorating fiscal condition has been reversed and it’s smooth sailing ahead.

Don’t believe the hype – New Jersey’s finances are getting worse.

Much like our recent report on New Jersey’s fiscal sustainability, a new study finds that despite the “one year wonders of federal aid and billions in borrowing”, the burden of taxpayer debt continues to grow.

In the 2021 Fiscal State of the States, issued this week by the non-partisan Truth in Accounting, New Jersey ranked 49th for fiscal health , rating an “F” for its’ $185.2 billion in unfunded liabilities. Those liabilities equal $58,300 for every New Jerseyan, ranking our state as the #2 “Sinkhole State” – just ahead of Connecticut.

“Despite receiving support from COVID relief grants and other federal programs, New Jersey’s overall financial condition did not improve during the onset of the pandemic. Based upon the state’s fiscal year 2020 audited financial report, New Jersey had a Taxpayer Burden™ of $58,300, earning it an “F” grade from Truth in Accounting.

New Jersey’s elected officials have repeatedly made financial decisions that left the state with a debt burden of $185.2 billion. That burden came to $58,300 for every state taxpayer. New Jersey’s financial problems stem mostly from unfunded retirement obligations that accumulated over the years. The state had only set aside 34 cents for every dollar of promised pension benefits and has set aside no money for promised retiree health care benefits.

New Jersey did not have enough money set aside to weather the pandemic and the state has been in dire fiscal shape for years. Like all other states, New Jersey received federal assistance from the CARES Act and other COVID-19 related grants which came with stipulations on how the money could be spent. The state has not been properly funding its pension and retiree health care promises for years which has led to its financial condition continuing to deteriorate.”

So, what’s the solution?

In our report Toward a Fiscally Sustainable New Jersey: Analysis & Recommendations, we offered the following critical steps must be taken to place the state on a sustainable fiscal trajectory:

New Jersey residents and especially our elected leaders in Trenton should not be lulled into complacency by of one-time Federal COVID financial relief and $4 billion in borrowing. As former Gov. Tom Kean noted in discussing our report, “The reality is that the problems detailed in this report are significant and can no longer be ignored. While I commend Gov. Murphy for making the full pension payment this year, the reality is that there is no solution in sight for a year when we do not have federal financial assistance. It is now time to act for the sake of our state’s future.”