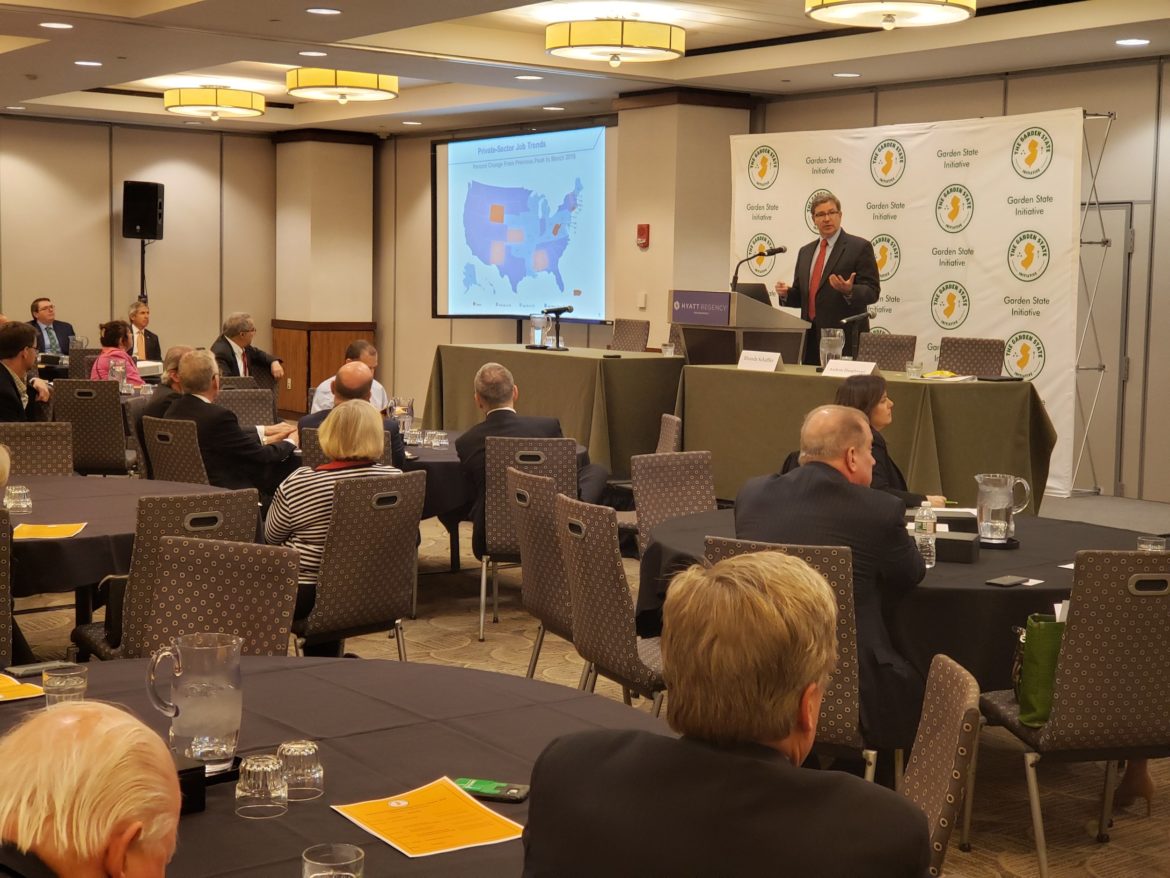 An honest assessment of the state of New Jersey’s economy and business climate along with solutions to move the state forward were on the agenda Thursday afternoon as Garden State Initiative (GSI) hosted its 2nd Annual Economic Policy Forum at the Hyatt Regency in New Brunswick.

“With over 100 leaders in New Jersey’s political, business and media communities in attendance, we once again led a thoughtful discussion focused on the state of our economy and business climate,” said GSI’s president Regina M. Egea. “There was broad consensus that our state is falling behind our competitors in the region and nationally, but also on the need to restrain spending and enact reforms that will allow New Jersey’s residents and job creators to thrive.”

The interactive event, moderated by Rhonda Schaffler, NJTV business correspondent, opened with a presentation from Andrew Haughwout, SVP and Policy Leader in the Research and Statistics Group at the Federal Reserve Bank of New York on the state of New Jersey’s economy relative to the region.

The presentation was followed by a discussion on New Jersey’s business climate featuring Senator Declan O’Scanlon (R), himself a business owner, and Paul Harencak, Vice President of LPS Industries, a leading manufacturing firm based in Moonachie, and board member of the Commerce and Industry Association of New Jersey (CIANJ).

The final segment of the event focused on the potential to reduce local and state government spending in the state with Senate President Steve Sweeney (D) and Senator Steve Oroho (R) discussing the upcoming state budget and elements of the Fiscal Working Group’s Path to Progress proposals to reform state spending.

“The proposals developed by the study commission are desperately needed to produce savings for state and local government,” said Senator Sweeney (D-Gloucester/Salem/Cumberland). “Municipalities, school districts and taxpayers will realize the benefits of the proposals to help hold down property taxes and make local governments and school districts more efficient. These are needed to ease the burden on taxpayers, to have government serve the public’s needs and to allow businesses to operate profitably. ”

They were joined by Henry Amoroso, Executive Director of HJA Strategies, who led a discussion of Garden State Initiative’s ongoing Adding It All Up series of reports on  the size and cost of New Jersey’s government and opportunities for significant costs savings. Mr. Amoroso also offered a sneak preview of the latest installment in the series, focused on New Jersey’s roads and bridges.