Should NJ end its inheritance tax? 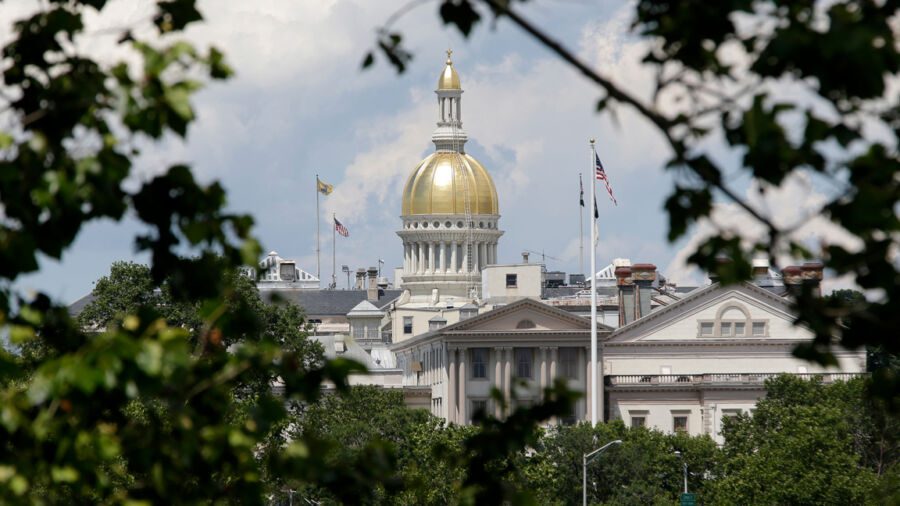 New Jersey’s inheritance tax has become a surging source of revenue during the COVID-19 pandemic, but a new report calls for repealing the tax on the grounds that it is inefficient and regressive.

The report by Garden State Initiative, a right-leaning think tank based in Morristown, also suggests the tax is antiquated and makes New Jersey a national outlier since only six U.S. states currently levy inheritance taxes.

Moreover, research suggests the very wealthy often use accountants and tax attorneys to sidestep the inheritance tax, leaving those who don’t have the resources to utilize such services with the burden of paying the tax.

“Those that can afford accountants and lawyers are the ones that can avoid the inheritance tax by moving out of state or setting up gifts and trusts ahead of their death,” according to the report authored by Seton Hall University economics professor Danielle Zanzalari.

“As a result, those that cannot afford to do this (the less wealthy and elderly) or individuals who die unexpectedly bear the burden of the inheritance tax,” Zanzalari wrote.

It also comes just as lawmakers have begun to scrutinize a nearly $49 billion budget proposed by Gov. Phil Murphy that counts on hundreds of millions of dollars being raised once again via the inheritance tax during the new fiscal year that begins July 1.

New Jersey’s inheritance tax, which dates to the 1890s, is levied when assets are left, or “transferred,” from one individual to another upon death.

But how much tax is owed all depends on the size of an inheritance and who exactly is receiving it.

‘People think that this tax only affects the rich and that is absolutely not the case.’

Some relatives are exempt from paying an inheritance tax in New Jersey, according to state law. That group includes spouses, civil-union and domestic partners, children, grandchildren, great-grandchildren, stepchildren, parents and grandparents.

But not exempt from the inheritance tax are siblings, half-siblings, sons-in-law and daughters-in-law. They must pay a tax ranging from 11% to 16% on their inheritances if the value of their share of the estate is worth more than $25,000.

Also not exempt are nieces and nephews, cousins, friends and anyone else not covered under the other classifications. For that group, a tax of at least 15% is levied on inheritances worth $500 or more in New Jersey, the law says.

For the budget year that ends in June, as the pandemic continues, the inheritance tax accounts for more than $500 million in annual revenue, according to budget documents. In the 2018 fiscal year, the tax amounted to a total of $360 million.

The latest tax-collection figures from the Department of Treasury indicate inheritance-tax proceeds were up nearly 20% year-over-year over the first nine months of the state’s July-to-June fiscal year. That increase can be attributed to the large number of residents killed by the pandemic. But taxes on estates are being calculated as gains in the financial and real-estate markets have also likely increased the size of inheritances during the health crisis.

The report by Garden State Initiative argues the inheritance tax is inefficient because it can cause someone to sell a property, business or some other valuable asset prematurely if they do not already have the resources needed to cover their inheritance tax. Others may leave the state before facing this scenario, taking away the tax revenue altogether.

“Beyond losing tax dollars, New Jersey also loses an economic base that spends money and owns businesses,” the report said.

But some groups, including the Washington, D.C.-based Center on Budget and Policy Priorities, have been advocating for the levying of state-level inheritance and estate taxes during the pandemic as immense wealth remains concentrated among a very small group in the U.S.

In a report published last year, Center on Budget and Policy Priorities experts also pointed to the potential for revenue losses that would come from cutting such taxes, reducing “a state’s ability to make public investments that undergird economic growth and help produce an economy that works for everyone.”

“States with an estate or inheritance tax should resist efforts to eliminate or significantly weaken it,” the report said. “Claims that these taxes harm a state’s economy lack foundation.”

New Jersey, at one point, levied taxes on both estates and inheritances. And while the size of a person’s estate was taken into account for New Jersey’s estate tax — which was repealed in two phases, beginning in 2017 — the inheritance tax is still levied regardless of the income of the person receiving the inheritance.

The continued levying of an inheritance tax is likely holding back the building of generational wealth among lower- and middle-income groups in New Jersey, said Garden State Initiative  president Regina Egea during a recent interview.

“They don’t have the planning (resources) to prepare themselves for this, and these are usually moderate-value assets, and you don’t have the cash on hand, typically, to pay it, and so you liquidate,” Egea said.

‘It’s certainly another argument for modernizing our tax system and acknowledging lifestyles (that) are not the traditional, nuclear family.’

“To the inequality question, this is a great example of why it’s so difficult to build generational wealth, because you have to liquidate a lot of times because you don’t have the cash on hand (to pay the tax),” she went on to say.

Zanzalari discussed a similar issue with Egea as they talked about the inheritance tax for a recent Garden State Initiative podcast.

In the report, Zanzalari pointed to research conducted in Iowa, a state that is in the process of repealing its inheritance tax, which suggests more than 90% of the tax burden falls on those with annual incomes of $80,000 or less.

“People think that this tax only affects the rich and that is absolutely not the case,” she said during the podcast.

Meanwhile, the report also alludes to moral questions raised by basing who must pay the inheritance tax on lawmakers’ arbitrary evaluation of who is a “close enough kin.”

As many New Jersey couples are choosing not to get married or to have children, Egea said the state should encourage more choice when it comes to leaving assets and not penalizing one particular choice.

“It’s certainly another argument for modernizing our tax system and acknowledging lifestyles (that) are not the traditional, nuclear family,” Egea said.