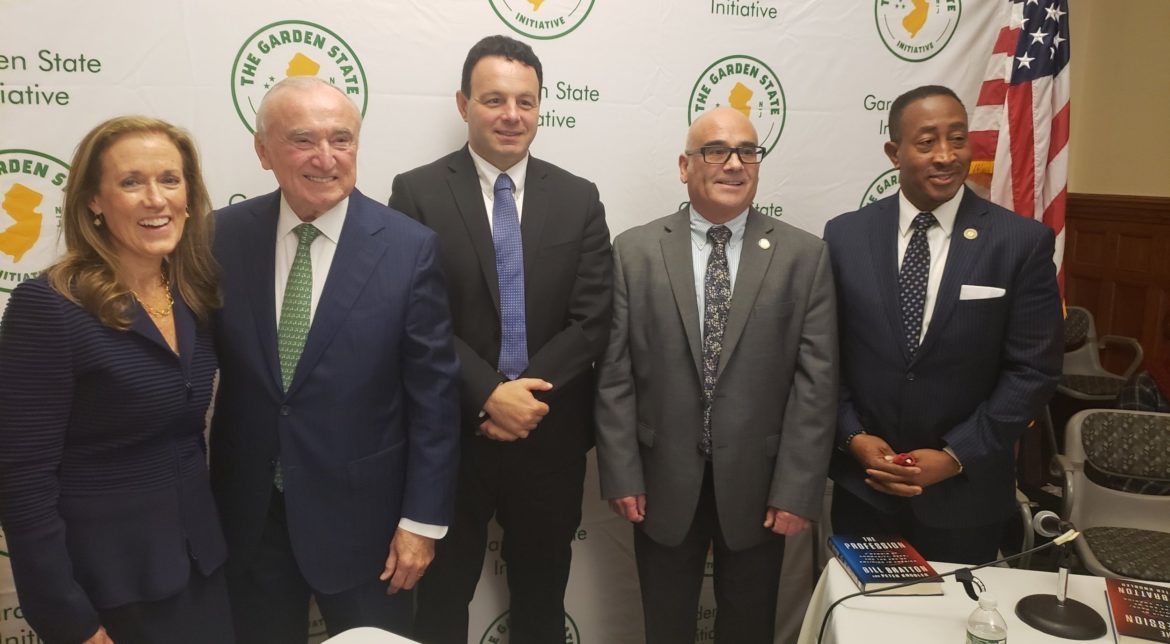 Regina Egea, President of the Garden State Initiative, said, “It was a wonderful exchange of ideas and opportunities to just improve the quality of life in our cities in New Jersey.”

Bill Bratton has overseen police departments in Boston, Los Angeles, and New York City and has been the only person to serve as commissioner for the country’s two largest cities. In 2011, President Barack Obama appointed Bratton to the position of Vice Chair of the Homeland Security Advisory Council. In 2020, he rose to become the chair of the council, and continues to serve in this role during Joe Biden’s presidency.

One of the main discussions at the event focused on bail reform. Bratton explained, “You, at least in New Jersey, allow your judges to look at a defendant and make a determination ‘Is this person a threat to public safety separate from the charge for which he is in front of the judge?’” Mayor André Sayegh of Paterson spoke to the panel about the importance of revisiting the current legislation highlighting bail reform. Speaking at the event, Sayegh said, “A flaw in the law is that people caught with guns are getting back on the streets way too soon, and then they’re either shooting or getting shot. That needs to be amended.”

Bratton and Sayegh both agreed that there needs to be more work done with local and federal legislatures and are hopeful that change can happen. “We need a reform, but a thoughtful, collaborative reform,” Bratton explained. “Or in this case, your legislature needs to be talking to you, the mayors.” Sayegh continued, “We’re going to engage our respected legislative delegations, and then we’ll come to a consensus.”