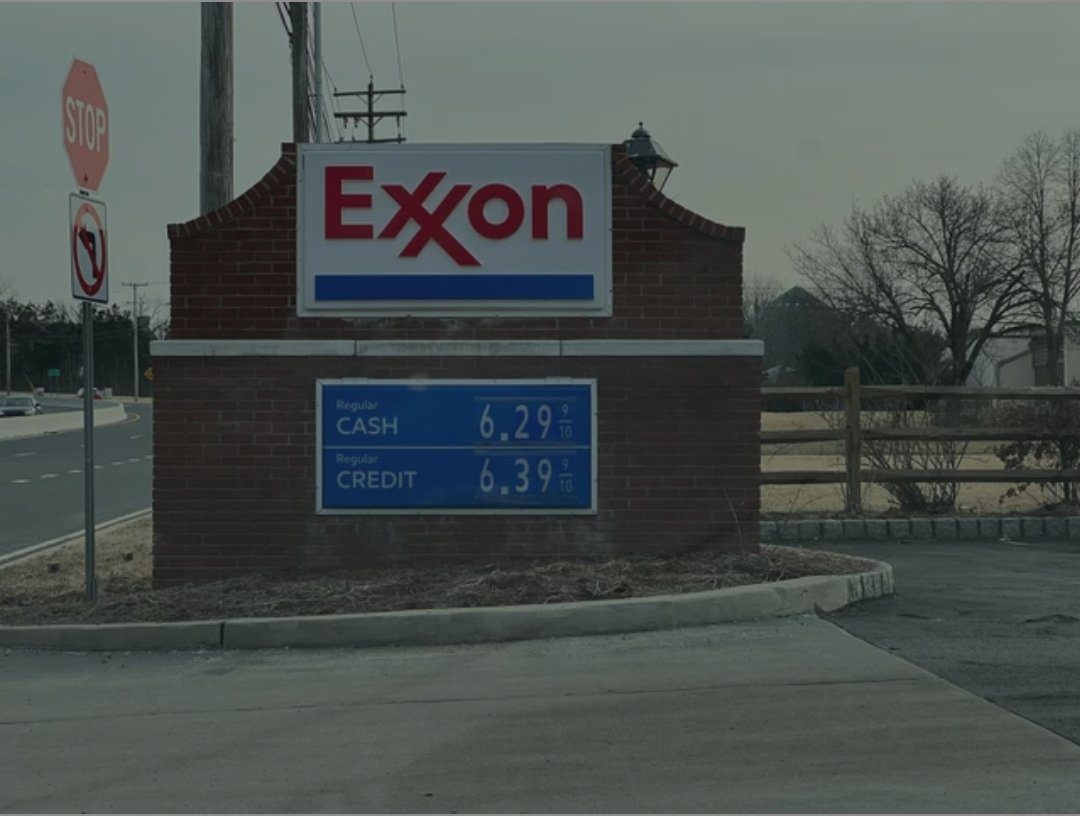 As the world continues to be horrified by images of the Russian military invasion of Ukraine, the repercussions continue to be felt across the globe. While the events are unfolding nearly 5,000 miles away from New Jersey, we are already feeling the impact here in the form of higher gasoline prices as crude oil prices surged as high as $130 a barrel in the aftermath and will likely go even higher.

Before the invasion of Ukraine, New Jersey’s average gas price sat at $3.62 per gallon, a 30% increase over the $2.78 price enjoyed just a year ago. Wednesday morning AAA reported the average price in our state rose to an all-time high of $4.33 per gallon, a 50% increase over last March ($2.89). Those inflated prices, coupled with a ban of Russian oil imports into U.S. markets, could soon send prices north of $5, $6 or even $7 a gallon. That sort of price escalation could have a devastating effect on New Jersey’s struggling economy as many workers begin to return to the office as the Omicron variant retreats, while families and retirees cope with record levels of inflation. We will soon see those skyrocketing costs translate to less discretionary income for our residents to travel our roads and even higher costs for everyday goods and services.

This double-barreled threat to our economy requires action from the Governor and State Treasurer: A temporary suspension of New Jersey’s gas tax until the current crisis subsides. At 42.4 cents per gallon, the state’s gas tax is a significant contributor to the cost – but it is one that’s entirely under Trenton’s control. (The federal government imposes an additional 18.3 cents per gallon tax)

Under the 2016 agreement that increased gas taxes to replenish the state’s bankrupt Transportation Trust Fund, the tax is set to meet an annual revenue target. Currently, the state reports that revenues are coming in at their projections for the fiscal year. While a temporary suspension may result in a revenue shortfall, dollars lost could be quickly recovered by increased consumption in an expanding economy as our state’s prime tourism season begins. Additionally, the state is set to receive billions in dollars from last year’s bipartisan infrastructure package to improve our roads and transit and create good paying jobs.

Then there’s the issue of basic fairness. New Jersey’s drivers have absorbed more than 30% toll increases on our major highways in the last two years and a stunning 192% increase in gas taxes since 2016 – both regressive taxes that hit our working class and small businesses hardest as gas prices continue to climb.

A suspension of the gas tax will reap immediate benefits for our economy and is an action the Murphy Administration should immediately explore with an executive order, or the Senate and General Assembly should take steps to enact legislatively.