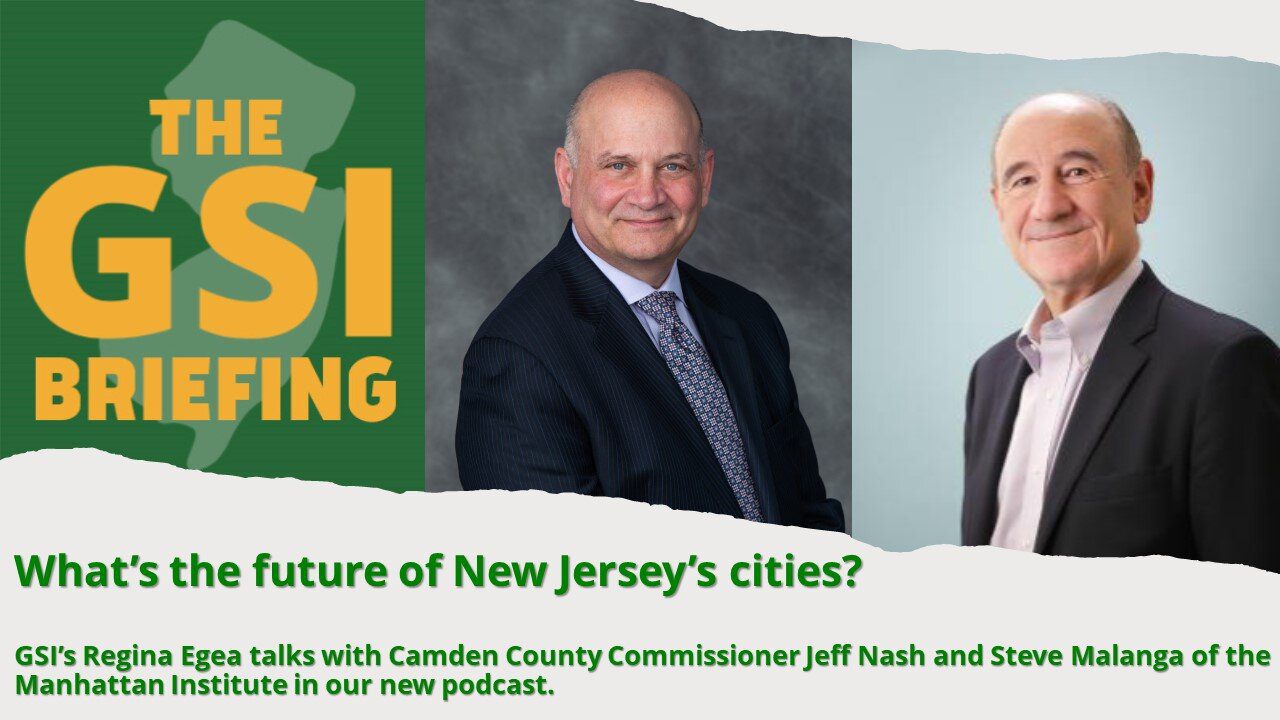 Regina Egea, host of The GSI Briefing and president of the Garden State Initiative, speaks with Camden County Commissioner Jeff Nash and Steve Malanga of the Manhattan Institute about the future of New Jersey’s cities.

Jeff Nash, an attorney by trade, has an established history of service to Camden County and South Jersey. He was first elected to public office as a member of the Cherry Hill NJ town council, and since 1992 he has served on the seven-member Camden County Board of Commissioners. Jeff has followed his passion to improve the quality of life for the residents of Camden City, working to revitalize and bring jobs to the area. Most notably, Jeff worked with community groups to close and demolish the Riverfront State Prison, which has opened up development and recreational opportunities on very valuable waterfront property. Since 2002, Jeff has served as vice-chairman of the Delaware River Port Authority of Pennsylvania and New Jersey, working to meet the transportation needs of region.

Steve Malanga is the current George Yeager Fellow at the Manhattan Institute and City Journal’s Senior Editor. He writes about the intersection of urban economies, business communities and public policy. Steve was previously the Executive Editor of Crain’s New York Business, where he received several awards while serving on the publication’s editorial board and writing a weekly column. Steve has also written for the Wall Street Journal, Los Angeles Times, New York Times, New York Daily News and the NY Post. His thoughts and expertise on fiscal reform are well known nationally. Former Florida Governor Jeb Bush called Malanga “the best thinker on state and local fiscal matters,” and credited him for influencing fiscal reforms undertaken in Florida.