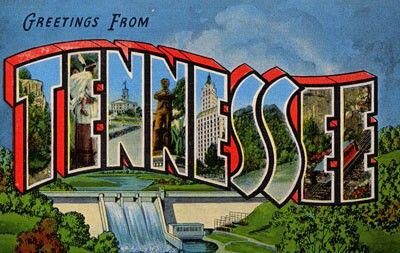 As New Jersey’s governor and legislature raced to enact a $46.4 billion budget which increased spending by 35% over 4 years, lost in the tumult was a new report illustrating just what a squandered opportunity this budget represented to improving our state’s competitive standing.

Yet another budget cycle has come and gone without New Jersey taking steps to modernize our public employee retirement benefits, which continue to consume an ever-growing portion of our tax dollars. The failure to act represented a step backwards.

In a recent column for CNBC.com, financial journalist Kelly Evans highlighted how New Jersey’s unfunded pension liabilities put our state at a distinct disadvantage for business and residents in a post-COVID economy.

She offered the comparison to Tennessee, whose capital, Nashville, in recent years has emerged as a hot destination for those seeking a low-cost and less regulated alternative to high-tax states like New Jersey. In one anecdote, Ms. Evans, a New Jersey resident, offered comments from the father of her child’s playmate at a local park who confessed that “he did his job at a hedge fund quite well during Covid without being physically present with his team in Manhattan, so he’s got the green light now to relocate permanently” to Tennessee.

How bad is New Jersey’s problem? According to a report released last week by the American Legislative Exchange Council (ALEC), New Jersey’s total unfunded pension liabilities now exceed $254 billion, an amount only exceeded by states with much larger populations. That represents $28,642.50 for every man, woman and child in New Jersey.  Currently, only 28.63% of that burden is funded, leaving a massive liability that can only be filled one way: Higher taxes. In a state where property taxes have now grown beyond a $9,000 annual average, that should be an unacceptable proposition.

The Volunteer State, which fully repealed its state income tax effective January 1, 2021, boasts a corporate tax rate, which at 6.5% is slightly more than half of New Jersey’s 11.5%.

How did Tennessee get there? Reducing taxpayer costs by switching from a pure pension plan for state employees to a hybrid system with 401(k)-like elements for new hires in 2014. The reforms did not reduce benefits for current pensioners, or for those currently in public employment – only new hires. The result? As Ms. Evans noted in her column, Tennessee has had the lowest unfunded pension liabilities per capita in the nation since 2016.

The reforms successfully implemented in Tennessee, along with Pennsylvania,  Wisconsin and Michigan, closely resembled those later offered in Senate President Sweeney’s Path to Progress, which, since its introduction in April 2019, has unfortunately been on a path to nowhere.

With the impact of the pandemic making remote work a growing reality for many Americans, the stakes have never been higher for high-tax, high-debt states like New Jersey. We either get our house in order now or face a future with substantially higher taxes for the Middle Class and draconian cuts to education, health care and public safety that have historically made our state a great place to live.

Since our public officials refuse to make these changes on their own, it may be time to send people to Trenton who take on the special interests and put New Jersey’s future first.