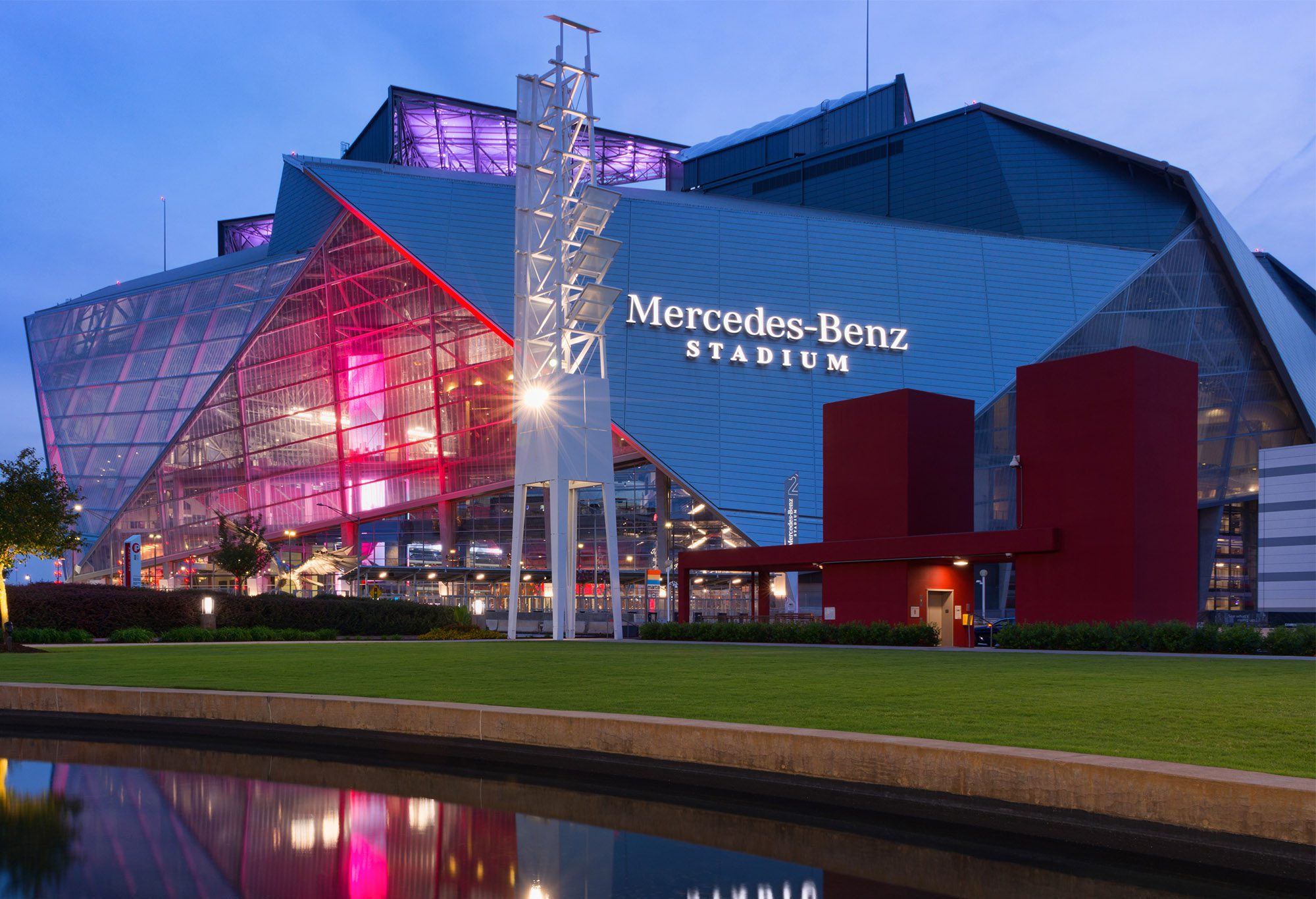 When tens of millions of Americans tune in to watch the Super Bowl on Sunday, very few will recognize that they are also looking at a symbol of decades of failed economic policies in New Jersey.

Yet it will be staring them right in the face.

What’s the symbol? The globally recognized Mercedes Benz three-pointed logo will be inescapable as the game between the Rams and Patriots is played in the Mercedes Benz Stadium in Atlanta. The state of the art stadium, opened in 2017, is a symbol of the booming economy of the New South.

Yet prior to 2014, Georgia had little to no connection to Mercedes Benz. That all changed when Peach State officials undertook a mission to convince Mercedes Benz USA management to relocate their North American headquarters, and over 1,000 jobs, from Montvale, New Jersey – its home of over 50 years.

In its favor, Georgia boasted far lower corporate and personal tax rates, and a business climate well ahead of New Jersey’s ranking of dead last in the nation.

Despite the offering of generous tax incentives from New Jersey, Mercedes Benz was clear that the Garden State had lost its competitive edge and they would be moving south:

“…it became apparent that to achieve the sustained, profitable growth and efficiencies we require for the decades ahead, our headquarters would have to be located elsewhere.”

As a result, Mercedes Benz USA opened their beautiful new headquarters in suburban Atlanta early last year while New Jersey officials are left pondering what to do with the vacant site that was once an economic engine for Bergen County.

In every Super Bowl, there are winners and losers. This year, New Jersey has lost before the game even started.