Last week, CNBC issued its annual ranking of America’s Top States for Business and in no surprise, New Jersey again brought up the rear, ranking 42nd in the nation, a decline of 6 places from last year. The study rated the Garden State an F when it came to business-friendliness, economic health and cost of living. The findings were similar to those of the Tax Foundation’s annual State Business Climate Index which ranked our state dead last for 7 consecutive years. 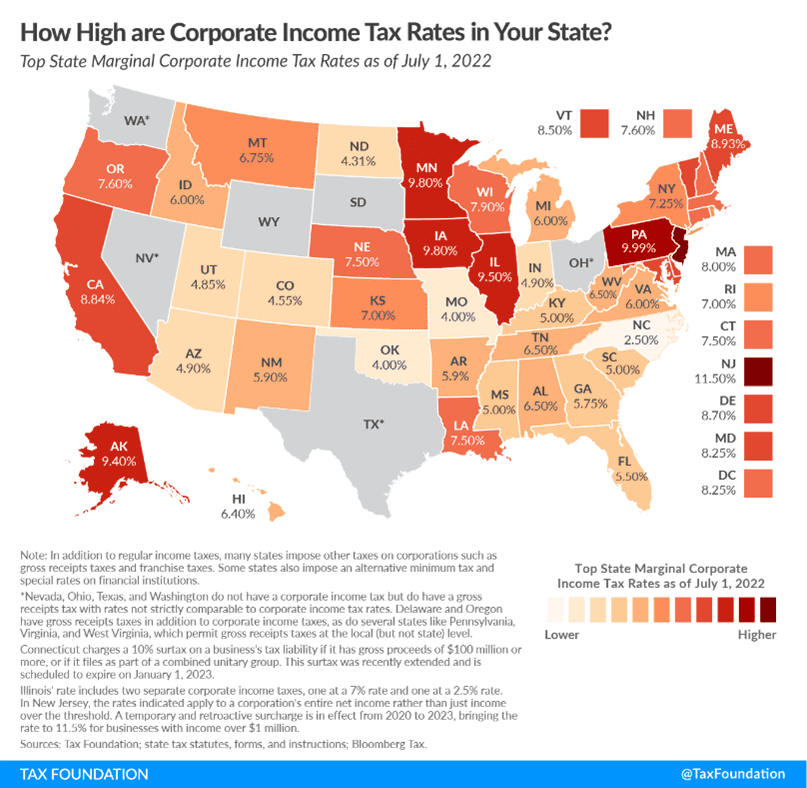 We’ve argued that those rankings, and underlying taxes driving the results, are hampering New Jersey’s ability to lure jobs and investment. While economic data continues to show New Jersey lagging the nation, Trenton politicians could point across the Delaware River to Pennsylvania, which followed New Jersey (11.5% vs. 9.99%) with the second highest business taxes in the U.S., to justify our high tax rates as being among peer states.

Not anymore, as Pennsylvania has adopted an aggressive plan to reduce its business taxes to 4.99% by 2031, with a 1% cut in 2023 and a half-percentage reduction in subsequent years.  The tax cut plan will allow the Keystone State to claim a place among the ten lowest in the U.S. and lower than every other state in the Northeast.

Perhaps most importantly, it will reduce business taxes to less than half of what New Jersey imposes. No longer will New Jersey business need to relocate a few hundred miles down I-95 to find a significantly better business climate – just cross a river.

Last month, Governor Murphy and legislative leaders, with a $10 billion surplus, enacted a record-breaking $50.6 billion budget that failed to reduce a single tax, instead relying on temporary gimmicks like “rebates” and “free” marriage licenses, that do nothing to address the cost of living or working in our state. With a looming recession, the Garden State’s elected leaders botched a generational opportunity to enact meaningful reform that would grow jobs and income.

New Jersey’s rankings can’t get much worse, but as our neighbors work to improve their business climate and cut taxes, it will get tougher and tougher to justify why anyone should invest in our state.

When will Trenton get the message?