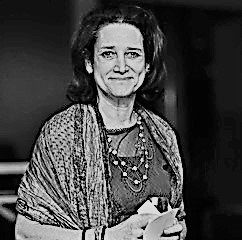 Frayda Levin owned and managed a book distribution business for 18 years.  After selling her business, she co-founded Moving Picture Institute which promotes liberty through film. She recently founded Color Us United which advocates for a race-blind society based on individual liberty.

Mrs. Levin is a member of two Boards including, the Club For Growth and the American Independent Media Foundation.  She previously was Chair of Americans for Prosperity and founded the NJ Chapter for AFP.