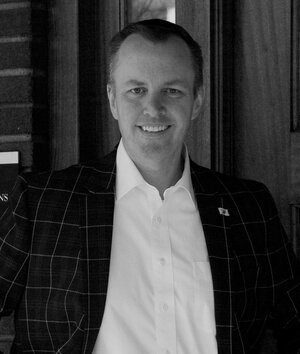 A native New Yorker, Bill has served in high-level positions for a number of elected officials in that state, including 7 years as Communications Director for then-Richmond County District Attorney Dan Donovan (R-NY) where he served as spokesman and spearheaded public outreach programs targeting crimes such as drunk driving, domestic violence and sexual predators.

Bill’s introduction to New Jersey was serving as a senior spokesman for NJ TRANSIT, the nation’s third largest public transportation system, where he guided communications efforts with local and national media during weather emergencies and service disruptions, Superstorm Sandy recovery and Super Bowl 48.

He graduated from Wagner College with a BA in Political Science and later earned an MBA in Management from the same institution.

Bill resides in Randolph with his wife Maryellen and their son and daughter.