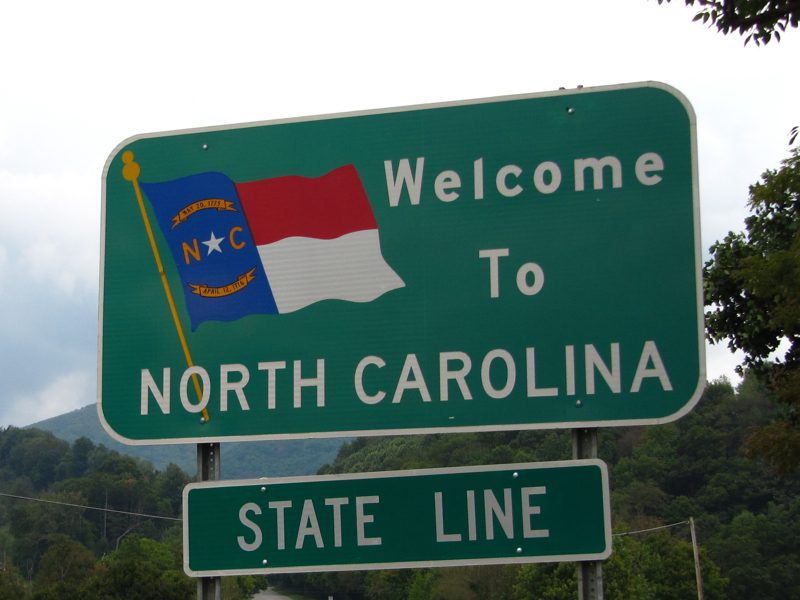 Welcome to North Carolina! That’s a sound a lot of New Jersey natives have heard in recent years.

We all know someone who has moved, or is planning to move, to a friendlier tax climate like that offered in North Carolina. Those residents are taking considerable wealth with them.

As Garden State Initiative’s President Regina Egea wrote in a recent op-ed in the Daily Record:

Now, our state is being used as a cautionary tale for other state contemplating changes to their tax codes, like North Carolina.

We were struck by a recent op-ed by Doug Gardner, a former New Jersey resident, in the Daily Advance newspaper of Elizabeth City in the Tarheel State. Mr. Gardner wrote in support of a ballot referendum facing North Carolina voters next week that will cap the state’s income tax at 7% and enshrine it in the state’s constitution. North Carolina has a maximum income tax rate of 5.49% but it’s state constitution currently permits a top rate of 10%.

In arguing for the 7% cap, Mr. Gardner cites David Tepper, another former New Jersey resident, who has become a household name in North Carolina for his recent purchase of the Carolina Panthers NFL franchise.

Mr. Tepper, the billionaire founder of the hedge fund company Appaloosa Management, became a household name in the Garden State in 2016, when he announced he was abandoning the state for Florida which has no state income tax, due to New Jersey’s then-nearly 9% income tax.

Mr. Gardner writes, “Tepper earned $6 billion between 2012 and 2015, forking over more than $500 million in taxes to Trenton. In New Jersey, the top one percent of earners pay one third of all state income taxes, as they do in California, Connecticut and Maryland.”

Mr. Tepper’s departure, and the significant loss of revenue to the state, raised alarms in some corners as it was a signal that perhaps we had finally reached a tipping point that would cause our leaders to address spending and taxes. Others just shrugged their shoulders and saw this as business as usual, because, as Mr. Gardner wrote, “Between 1992 and 2014 New Jersey lost $24.91 billion in adjusted gross income as affluent taxpayers left, 60 percent of them for Florida.”

The numbers were damning and offered a dark foreboding of our state’s economic and fiscal health. So what did Trenton do? Raise taxes of course!  They raised the top tax rate on those making over $5 million to 10.75% in July of this year. While other states are taking advantage of federal tax reform to reduce their corporate tax rate, the pain was compounded in New Jersey by an increase of the business tax rate from 9% to 11.5%, which is soon to be the highest in the nation, and far in excess of North Carolina’s rate of 3%, which drops to 2.5%  in 2019.

While the decision to cap North Carolina’s income tax at 7% will be made by the state’s voters, it will send a clear message to residents of the Garden State who have had enough of a high cost of living driven by outrageous taxes – Welcome to North Carolina: We’re not New Jersey.