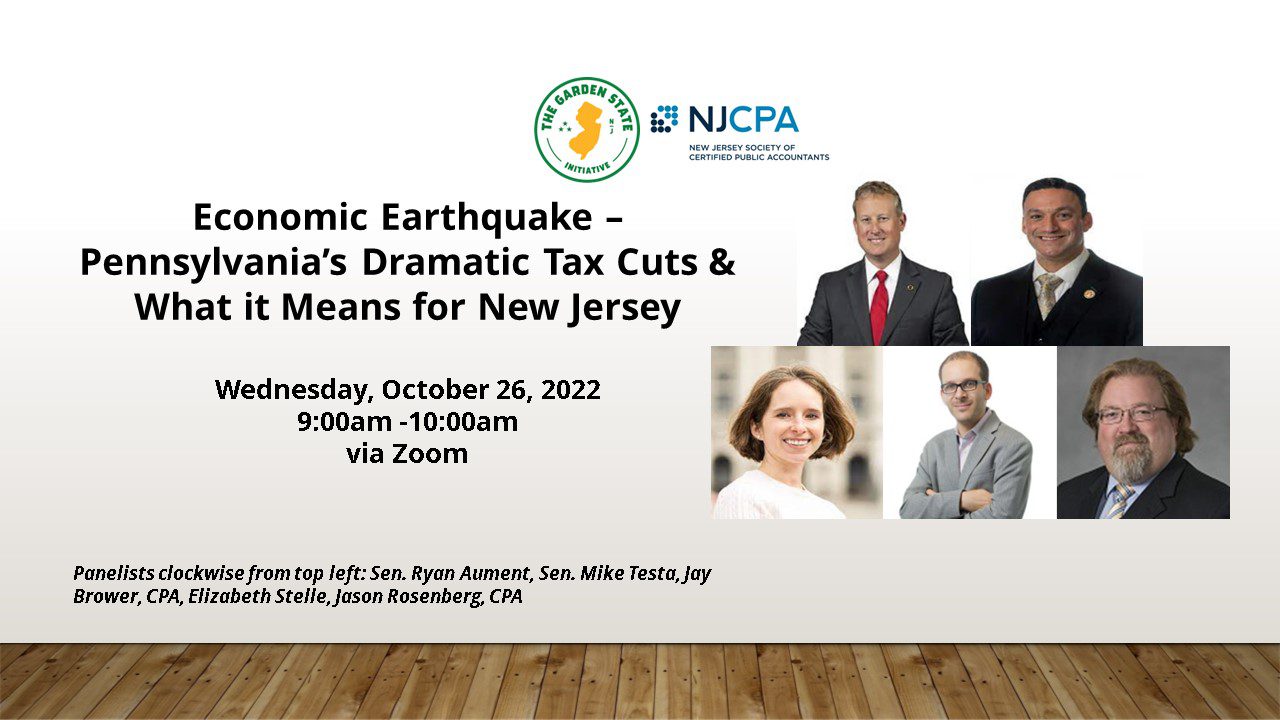 Moderated by GSI’s Regina Egea, we’ll begin by taking a look across the Delaware River to Pennsylvania, where that state recently enacted a bi-partisan plan to cut its business taxes, currently 2nd highest in the US behind New Jersey, by 50% over the next decade. That reduction will place Pennsylvania among the 10 lowest in the country as well as the lowest in the Northeast.

How did a state long known for high taxes make such a dramatic move? We’ll be joined by Pennsylvania State Senator Ryan Aument,  who is widely credited as the driving force behind the tax cuts and Elizabeth Stelle, Director of Policy Analysis for the Commonwealth Foundation, who will analyze the impact on that state’s economy. They will be joined by James (Jay) Brower, Jr., CPA, Managing Director and leader of the CBIZ Marks Paneth SALT practice.

What are the implications for New Jersey’s ability to retain, let alone attract, jobs and investment to our state, while we maintain the highest business taxes and worst business climate in the U.S.? We’ll be joined by State Senator Mike Testa, who serves on the Budget & Appropriations Committee, and Jason Rosenberg, CPA of is a Principal and Leader of Withum’s SALT Income and Franchise Tax Service Line

This event is brought to you through the generous support of the William E. Simon Foundation.