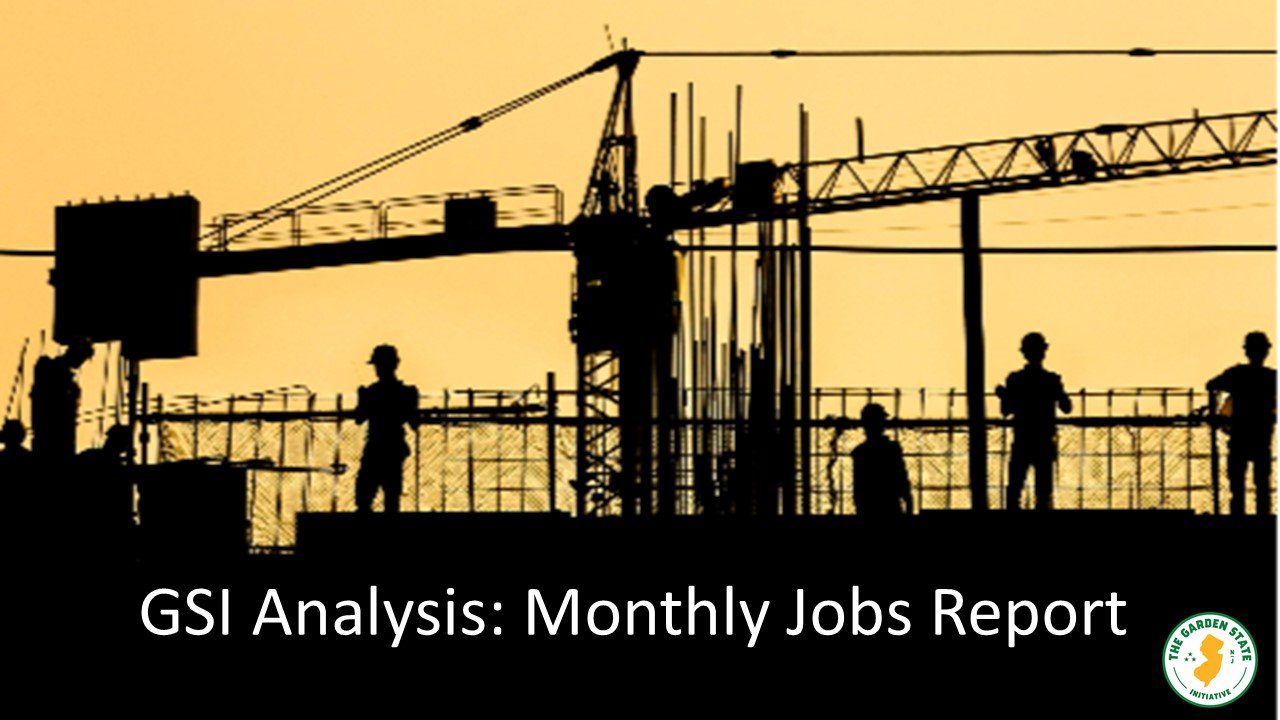 On June 16th, New Jersey’s Department of Labor and Workforce Development issued the monthly jobs report for May 2022. Dr. Charles Steindel, former Chief Economist of the State of New Jersey, analyzed the report for the Garden State Initiative:

New Jersey’s job numbers were generally positive in May, but noticeably less so than in recent months. The total job increase of 6,500 was certainly respectable, but less than half April’s 15,700 increase, and ended a string of 8 straight months where the increase was more than 10,000.

The industry composition of jobs also suggests some fraying. Most especially, both construction and manufacturing lost 1,300 jobs. The decline in construction (the third in a row) suggests that rising interest rates may be starting to have an impact (a report earlier today showed that housing starts fell sharply nationwide in May). As for manufacturing, surveys from the Federal Reserve Banks of New and Philadelphia suggest that activity may be slipping in the area (the New York survey only relates to New York state, but the Philadelphia survey would include New Jersey firms).

In other sectors, job growth was strong (at least 2,000 added) in Finance, Education and Health Services, and Leisure and Hospitality.

May’s increase (and a small upward revision to April) brings the total number of jobs in New Jersey to within less than 30,000 under the February 2020 peak. Recently released information from unemployment insurance tax records suggests that the monthly figures may be underestimating the state’s job count, so the true remaining gap could well be even smaller. It would seem that the state could in the near future set a new job record, but with rising fears of a slowdown—or even a recession— it may be short-lived.

The U.S. Bureau of Labor Statistics will issue its monthly “State Employment and Unemployment” report on Friday, June 17th, which offers a comparison of how New Jersey is faring relative to other states.