Gas Tax, ECONOMIC OPPORTUNITY FOR ALL

GSI Analysis: The Failure to Deliver on Infrastructure Improvements Promised by Gas Tax 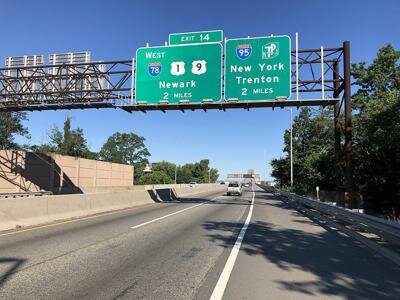 As many of us are driving more lately, some utilizing public transportation again and some fortunate residents are just returning to work, observations regarding the continued state of disrepair of many roads and bridges in New Jersey have resurfaced. Along with those observations comes some questions the Garden State Initiative (GSI) believes the public should be asking of our leaders in Trenton. What should we have expected to get from our Gas Tax money? And why would we keep paying more until we see better results?

“An examination of publicly available meeting minutes and financial data shows that the Murphy Administration has failed to fully utilize our Gas Tax funds to deliver infrastructure improvements. Governor Murphy should immediately suspend the 27.3 cents per gallon in Gas Taxes collected from motorists, and rule-out any further tax increase this Summer,” said Regina M. Egea, president of the Garden State Initiative.

Just this past February, GSI pointed out, based on several years of the Transportation Trust Fund Authority’s (TTFA) reports that the Department of Transportation (NJDOT) and New Jersey Transit were running well behind their obligation to improve New Jersey’s infrastructure.  We expected to see updated details in March but as we all know COVID-19 emerged in the U.S. and information has been delayed.

Based on the May meeting of the Transportation Trust Fund Authority (TTFA), NJDOT’s and NJ Transit’s results have not improved, to the point that now even their own members are challenging the sense of urgency at the agency. What particularly caught our attention were remarks in the meeting minutes from Robert A. Briant, Jr., CEO of the Utility and Transportation Contractors Association (UTCA), who was appointed to the TTFA’s board by Gov. Corzine in 2010:

“Mr. Briant noted that the Transportation Trust Fund was reauthorized in 2016 as a $16 billion program for over an eight-year period and pointed out that the Authority has only used $2 billion of its bonding authority over the last four years.”

And from the perspective of the impact on our state’s economy, according to industry studies for every $1 billion in transportation investment 13,750 direct jobs are created with an additional 12,500 support service jobs. Wages earned from those 13,750 jobs equals $740 million in the hands of New Jersey residents. That’s the kind of work our residents would welcome and stimulus our economy could truly use right now.

“This Administration’s failure to execute is at the root of why New Jersey’s roads and bridges continue to show near imperceptible improvement, and why thousands of jobs have not been created,” stated Ms. Egea.  “This begs the question: Why should taxpayers pay any more when NJDOT and NJ Transit cannot keep pace with spending what they already have?”

Many of us recall that under current law, if the Gas Tax does not generate $1.2 billion a year for the state’s Transportation Trust Fund, the Treasurer has the authority to increase it to make up the deficit. Similarly, if there is a surplus, the Treasurer may reduce the tax. In the early days of the pandemic, we identified the risk of our gas tax increasing, as happened in 2018 when the Administration raised the tax to 41.5 cents. The virtual shutdown of traffic by the pandemic severely reduced consumption of gasoline, with Gas Tax revenue down 58.8% year-over-year in May according to the Treasurer’s most recent revenue report.

Until NJDOT and NJ Transit show the public their plan to “catch up” on what has already been funded, there is no justification to continue to collect, let alone ask for billions more of dollars just to deposit into the state’s bank accounts. In the new reality of our COVID-19 economy, motorists should be able to keep that money to pay their bills and provide essentials for their families.

Why wouldn’t Governor Murphy indefinitely suspend the 27.3 cents per gallon now being collected from motorists to fund the $16 billion program until NJ DOT and NJ Transit can show how it will be put to work for all of our benefit?