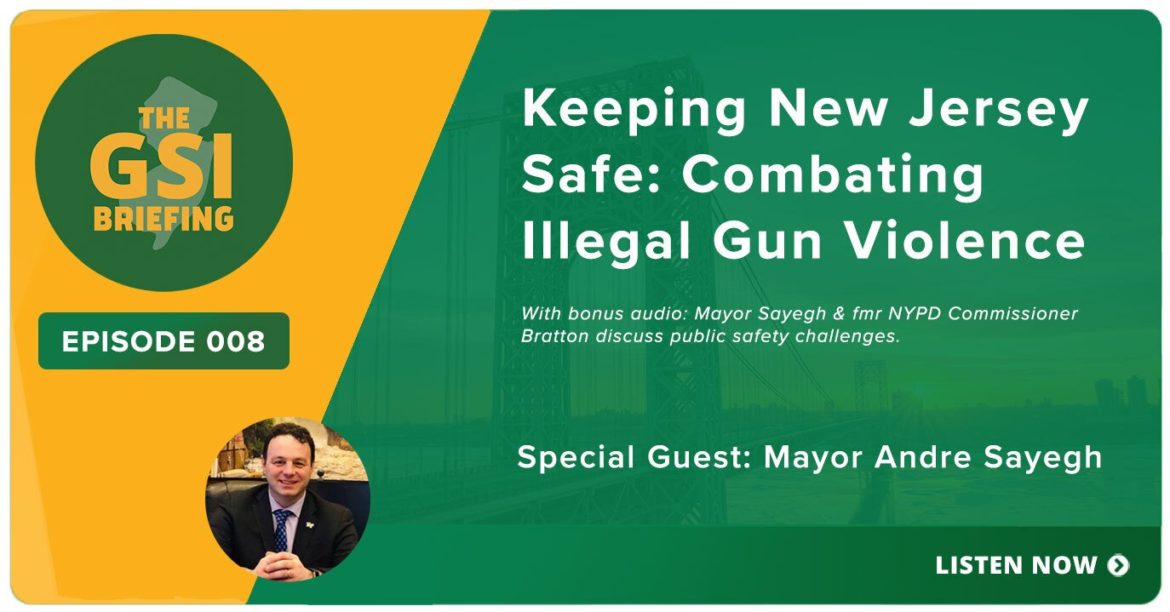 In this episode of The GSI Briefing, Regina Egea is joined by Paterson Mayor Andre Sayegh for a discussion of his efforts to reduce gun violence in his city.

Following their conversation, this episode features highlights of Mayor Sayegh’s dialogue with former LAPD Chief and NYPD Commissioner Bill Bratton from a public safety forum held in Paterson in the fall of 2021, which was co-sponsored by GSI.

Commissioner Bratton and Mayor Sayegh’s conversation focused on topics including building trust between law enforcement and our communities, the role of mental health in policing, and curbing gun violence. It’s an informative dialogue on the challenges faced by mayors and law enforcement professionals across our country.

Paterson Mayor André Sayegh leads the third largest city in New Jersey with a population over 150 thousand residents and is our state’s most ethnically diverse city.

Mayor Sayegh graduated with the highest honors from Seton Hall University with a Bachelor’s degree in History, and he also earned a Master’s Degree in Public Policy and Administration from Columbia University.

Paterson is the only home André Sayegh has ever known.  He was born and raised in the city where he is now raising his three children – two daughters and a son – with his wife, Farhanna.