PODCAST: NJ's Budget - The Inside Story You Need to Know - Garden State Initiative

PODCAST: NJ’s Budget – The Inside Story You Need to Know 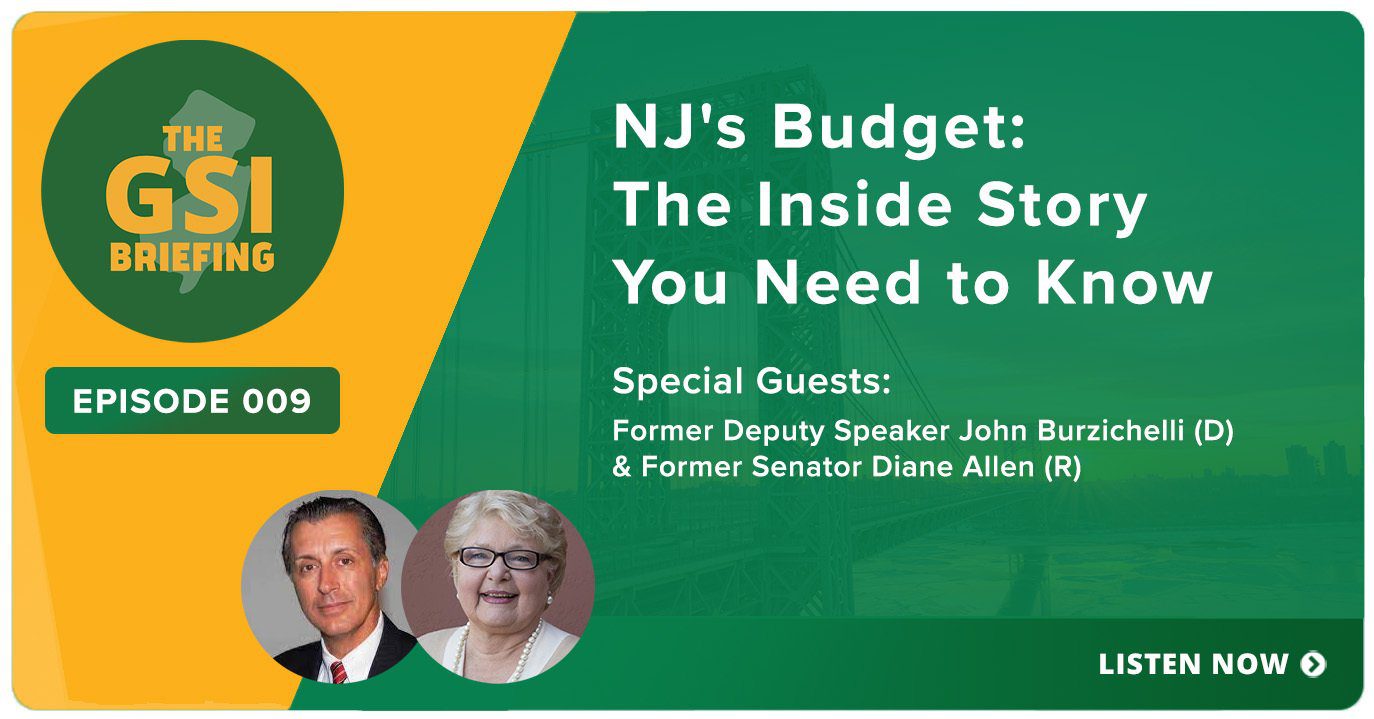 This record-high $49 billion budget is aimed to support a broad property tax rebate program and increase funding for schools and health care. The budget also includes a surplus of $4.2 billion. So how will this be used?

Senator Allen &  Asssemblyman Burzichelli explain how they assess our state’s economic and fiscal position and provide their insights on the issues that New Jersey faces.

With both guests holding leadership positions within the state and hailing from South Jersey they share their unique perspective on policies that are pursued with different nuances between Northern and Southern New Jersey.

Former Senator Diane Allen first served in the Assembly beginning in 1996 before being elected to the state Senate from 1997 until 2017.  Diane represented District 7 including parts of Burlington County and served in several leadership positions including Conference Leader and Deputy Minority Leader. In 2021 she also ran for Lieutenant Governor alongside Jack Ciattarelli.

Diane Allen was a news anchor in the 1970s through the 1990s on Philadelphia broadcast TV and was awarded 9 Emmys and a Peabody for her work.

Diane served as Chair of the National Foundation of Women Legislators for several years and was honored for her work for women and children by a number of State Legislatures. She is known as a campaigner against gender and age discrimination having a bill named after her signed in 2018.  Good Housekeeping magazine declared Senator Allen one of the top 10 Female Legislators in the country

Former Assemblyman and Deputy Speaker John Burzichelli grew up in Paulsboro NJ in Gloucester County where he currently resides. From 2002 to 2021 he represented the 3rd Legislative District as well as served as Mayor of Paulsboro from 1996 to 2011.  Assemblyman Burzichelli served as Vice Chair of the Assembly Budget Committee.

John is managing partner of Hill Studio and Scenic Paulsboro, which provides studio services and special effects to the motion picture, video and still photography industry.