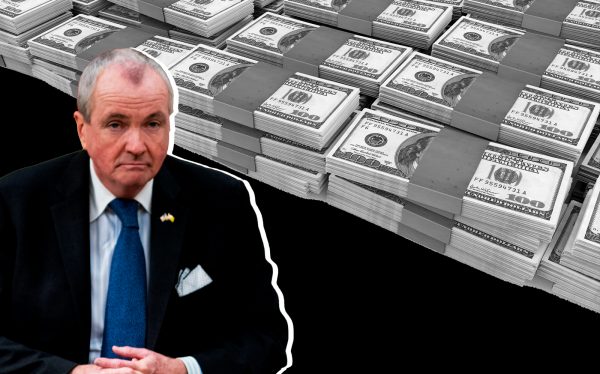 New Jerseyans have developed a thick skin when it comes to tolerating what can only kindly be called the “exaggerations” of our politicians in Trenton. However, Gov. Phil Murphy’s Sunday op-ed on NJ.com (Gov. Murphy: I pledged to do something about New Jersey’s notorious taxes and I have) presents a set of alternative facts that do not stand-up to simple fact checking, and directly contradict the experience of New Jersey families  who are desperate for real solutions to their very real pain at the pump, in the grocery store, at toll booths, and when paying their rent or mortgage.

First the claims that through his ANCHOR rebate program the effective property tax bill will fall to 2011 levels. New Jerseyans know that in fact property taxes are not going down. This “program” merely shifts tax money from one pocket to another in a classic streetcorner shell game that they hope won’t be noticed. New Jersey residents have seen this scenario before and know it doesn’t end well for taxpayers.

The Governor claims that state aid for our local schools means that localities can reduce property taxes. Our state budget already sends over $15 billion of the $30 billion being spent to support K-12 schools, so why aren’t property taxes going down anywhere? Instead of getting lower taxes, NJ taxpayers’ pockets are being picked.

The Governor claims that his budget is reinforcing the public employee pension system while protecting taxpayers. In reality, property taxpayers will bear a 10% increase in the cost for public pensions and 24% increase in health care costs, both well above our nation’s already sky-high inflation rate. Despite claims that these increases are not the Governor’s responsibility, those looming property tax increases are a direct result of Trenton’s failure to embrace common sense reforms and cost savings.  To attempt to blame the Mayors and County Commissioners for the vise that Trenton has tightened around them, is beyond the pale. Indeed, instead of protecting taxpayers, the Governor’s policy leaves local officials stuck with the bill and having to explain it to their property owners.

Finally, the Governor claims that his budget has set aside billions to further pay down or avoid state debt to the benefit of the taxpayers of today and tomorrow. According to the Murphy Administration’s own Annual Comprehensive Financial Report public debt has significantly increased on his watch.  Bonded debt has grown $45 billion in 2018 to $48 billion in 2021. Non-bonded debt increased from $193 billion in 2019 to crossing the $200 billion mark in 2021. For those keeping score, that’s a jump of $11 billion in debt owed by every man, woman and child in New Jersey.  Facts can be very inconvenient when they don’t match a desired narrative.

After the unexpected results last November, including a narrow gubernatorial re-election and multiple incumbents going down to defeat, there were claims in Trenton that the message voters were sending was received and pledged to make affordability issues at the top of their legislative agenda.

Instead, seven months after that election, taxpayers received a budget that represents a near-doubling of state spending in just over a decade.

All 120 members of the legislature will be on our ballots next year. With the continued refusal of Trenton to offer real reforms, not shell games, to address our affordability crisis, voters will be asking these questions and legislators will be forced to defend their records.

No one can say they weren’t warned.