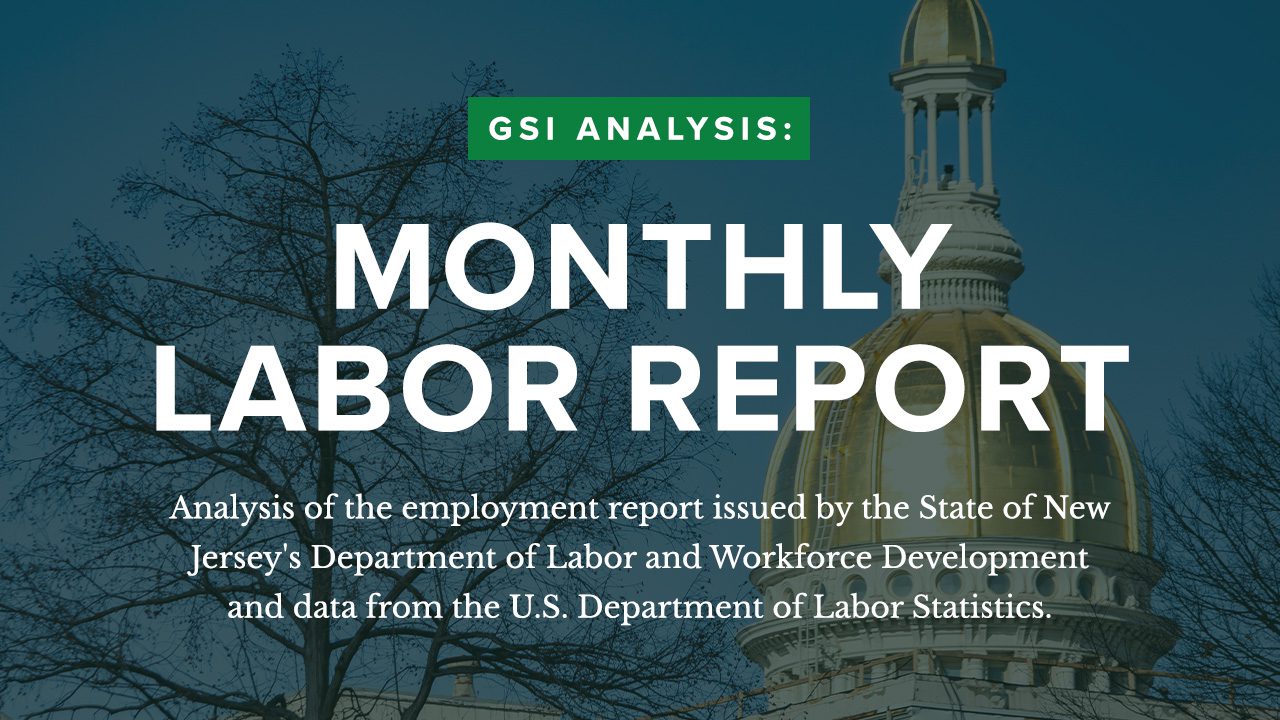 New Jersey’s labor market numbers in September were noticeably softer than the strong ones we have been seeing. The state’s job count did rise by 3,800, but this was smaller than the 5,400 downward revision to August (the August gain is now reported to have been 10,000 vs. the 15,400 initially reported). Moreover, September’s increase was entirely due to an unusually large 8,200 increase in government jobs (we don’t yet know what the source of that was). Private-sector jobs fell by 4,400, which marks the first decline since April 2020.

Perhaps the most striking loss of jobs was in construction, which was down by 2,700 (1.7%). With the strong likelihood that homebuilding, and all other projects primarily financed by borrowing, will be under downward pressure, a quick rebound here seems unlikely. The only sector to see a particularly noticeable gain was “other services,” which is a grab-bag of areas, such as maintenance and repair, personal services (e.g.: barbershops, hair salons), and charitable and social organizations.

New Jersey’s unemployment rate did fall very sharply in September, from 4.0% to 3.3%, the lowest rate since June 2019. September was the first month since March 2020 that New Jersey’s unemployment rate was below the nation’s (it’s very unlikely that the difference from the national 3.5% is statistically significant). The number of residents working increased by a strong 16,600 and is now less than 50,000 below its pre-pandemic level. However, the labor force, which had appeared to be on an uptrend in recent months, fell 17,500, reversing most of the exceptionally large increase seen in August. About half the drop in the unemployment rate reflects the gain in employment, and half the drop in the labor force.

The U.S. Bureau of Labor Statistics will issue its monthly “State Employment and Unemployment” report on Friday, October 21st, which offers a comparison of how New Jersey is faring relative to other states.