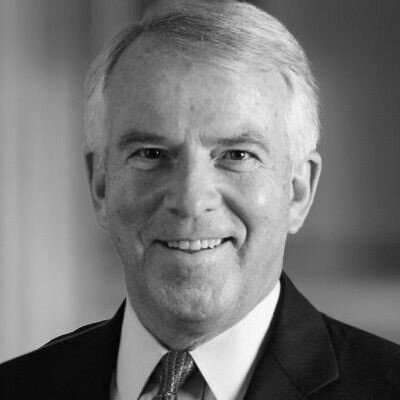 Bob Hugin retired as Executive Chairman and Chairman of the Board of Directors of Celgene Corporation. Throughout Bob’s nearly nineteen years of managerial leadership, which included serving as CFO, President & COO, CEO, and Chairman & CEO, Celgene achieved unprecedented growth and produced outstanding results.

Bob was raised in Union City, New Jersey and became the first member of his family to attend college, receiving an AB degree from Princeton University in 1976.  Following Princeton, Bob served in the USMC as an active duty infantry officer In Okinawa, Japan from 1976 to 1983 and as a reserve officer from 1983 to 1990.  Bob left active duty to attend the Darden School of Graduate Business Administration at the University of Virginia in 1983.  His USMC reserve assignments included commanding officer roles in Virginia and Battalion staff officer assignments in New York.

After receiving his MBA from Darden in 1985, Bob joined J.P. Morgan and played a leading role in the firm’s entry into the U.S. domestic corporate capital markets following deregulation.   Bob became J.P. Morgan’s Head of Corporate Fixed Income and led the origination, underwriting and trading activities of debt securities and derivatives in the Americas.

In 1999, Bob joined Celgene.  Throughout his tenure, he led the development of Celgene’s corporate strategy and execution plans for building an independent, market leading, life-sciences company, enabling Celgene to become a global biopharmaceutical leader.

During Bob’s tenure as Chairman & CEO, Celgene delivered industry leading revenue and EPS growth.  Celgene earned inclusion in the S&P 100 and was recognized annually as a Partner and Employer of Choice.  Bob has been named one of the top CEOs in the biotech industry multiple times, earning top recognition in 2013.  Bob is recognized as a leading expert in U.S. healthcare policy and has served as a Chairman of the Board of the Pharmaceuticals Research and Manufacturers of America and serves as a member of the Board of Directors of Danaher Corporation, the Medicines Company and the Board of Trustees of Atlantic Health System.

Bob and his wife, Kathy, have been married for thirty years, have three children and reside in Summit, New Jersey.  Bob and Kathy are very involved in their community and not-for-profit work including Bob’s leadership positions on the Board of Trustees of Princeton University, the Darden Foundation at UVA, and Family Promise, a national non-profit network assisting homeless families and is the President of the Trustees of his church.  He previously served on the board of Choose New Jersey and past Chairman of the Healthcare Institute of NJ.  Kathy has positions on the Institutional Review Board of the Atlantic Health System and the Board of Directors of Georgetown University having previously served as a trustee of the Kent Place School and the Pingry School.