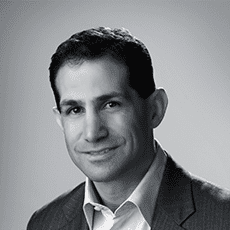 Sam Cole is the Managing Principal and co-founder of Stonecutter Ventures LLC. Since 2016, he has helped build companies that combine disruptive business models with enabling technologies, from robotics, fintech, and defense to consumer brands, commodities, and manufacturing. Before 2016, he was the President and Co-Founder of Phigital, Inc., an early-stage company that developed new technology to create and distribute rich media content to consumers based on location. In October 2015, he sold Phigital to Gimbal, a spin-out and majority owned company of Qualcomm.

Previously, Sam served as Executive Vice President and Deputy Head of eExchange, a technology subsidiary of State Street Bank (and the 4th largest FX exchange globally) providing advanced trading solutions to global clients in the foreign currency, interest rate, and derivative markets. From 2004 to 2010, Sam was the Chief Operating Officer and a Managing Principal at BlueMountain Capital Management LLC, a multi-billion asset manager. As a member of the firm’s Management Committee, he led BlueMountain’s operations, valuation, capital management, and financing teams, as well as co-led its risk management and trading functions, in North America and Europe.

Prior to joining BlueMountain, Sam was a senior consultant in the Financial Institutions Group of McKinsey & Co. in New York for nearly six years. He also worked as a private equity analyst for Global Partner Ventures in the former Soviet Union where he supported projects to commercialize Russian defense technologies. Earlier in his career, he was a defense analyst with the Institute for Foreign Policy Analysis.

Sam sits on the boards of several private companies. He has taken an active leadership role in the education reform movement, serving as Chairman of the NYC Governing Board of Success Academy Charter Schools, a New York City-based charter network of 45 schools and more than 20,000 students, and as a Trustee on the Board of JerseyCAN. Outside of education, Sam is a member of Business Executives for National Security (BENS).

Mr. Cole received his M.B.A from MIT’s Sloan School of Management, an M.A from the Fletcher School of Law & Diplomacy at Tufts University, and a B.A. with Honors from Harvard University. He was a 4- year Division 1 wrestler at Harvard and team captain.

Sam and his wife, Marika, have three children and reside in Short Hills, New Jersey.