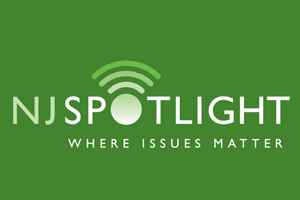 But taxpayers could see annual savings of as much as $146 million with better use of technology and more consolidation of student bus services, according to a new report that analyzes everything from how the state’s school districts hire bus drivers to how they design daily routes.

The comprehensive study, prepared by the right-leaning Garden State Initiative, looked at how much every school district spends on student transportation and found that it all adds up to about $1.2 billion a year.

Using a data-driven comparison model, the Morristown-based group also determined that some districts are spending more than their peers on student transportation even though they have the same basic characteristics. While some factors are out of their control, such as how many special-needs students require daily busing, others aren’t, including whether they are providing a lot of “courtesy” trips for students who live close enough to their schools to walk.

The study highlights other states’ best practices and recommends a number of things New Jersey school districts should consider to curb spending. They include joint purchasing and using the latest computer technology to design more efficient routes.

“If every school district just spent at the expected amount predicted by their fundamental characteristics, taxpayers would save $146 million (annually),” the report said. “That’s an opportunity impossible to ignore.”

The report is the latest in a series by GSI. The group’s first report issued late last month, offered a first-of-its-kind calculation of all the revenue being collected in New Jersey by governments at every level. (The total is $121 billion, according to GSI.)

Student-bus services — like school districts in general in New Jersey — are funded primarily through a combination of revenue from local property taxes and funds provided by the state. But most of the funding for school-bus services, or roughly $1 billion, comes directly from local property-tax bills, which increased last year to a statewide average of $8,767.

In all, GSI’s review determined that New Jersey school districts provided transportation services to a total of 768,953 students during the 2017-2018 school year at a cost of $1,508 per-pupil.

There aren’t many statewide policies for how districts should provide bus services, except that students in high school must be transported if they live 2.5 miles or more from their school, and K-8 students must be transported if they live at least 2 miles away from their school. There are also specific transportation requirements for special-education students and others with special needs.

But school districts are generally left to determine for themselves whether they should purchase or lease buses and whether they should hire drivers or utilize a private bus service to provide transportation services. They’re also given discretion to determine whether they want to go beyond the basic mileage requirements to help transport students where conditions may make it more difficult for them to get to school on foot, according to GSI’s study.

Meanwhile, some of the state’s smallest communities have no need of busing services. And in some urban areas served by mass transit, school districts can provide students with subsidized bus passes instead of funding an in-house transportation program.

For its statewide study, GSI tried to compare school districts to their peers by taking into account things like district density and socioeconomic conditions. Still, GSI determined that two major factors generally influence the cost of each bus route — “The cost of equipment and the cost of people.”

Some school district in the United States may find success by owning buses and keeping a roster of drivers on the payroll. Such is the case in one county in Maryland that the GSI report highlighted. And Maryland, which operates countywide school districts, is one of the states that spends less per pupil than New Jersey does on student transportation ($1,079 compared to $1,508 annually.)

Elsewhere in the country, some districts get results by using outside companies that generally pay their employees lower salaries than school-district employees and offer less generous benefits. But the report also notes that in many cases private operators “do not necessarily offer savings” to school districts as they are generally small, family-run enterprises that have to generate a profit and do not always create economies of scale.

IS MARYLAND A MODEL?

In addition to holding up Maryland as a model for consolidated services at the county level, the GSI report points to North Carolina’s use of computer technology and routing software as a best practice that New Jersey districts could look to. The state government in North Carolina works closely with the University of North Carolina at Charlotte to collect data and optimize student bus routes, an effort that has helped to lower per-pupil transportation costs to $814, GSI said.

“In short, this system uses advanced data analysis to compare school districts to their peers — as determined by the basic geography, facilities, and enrollment — for efficiency scores and for funding determinations,” the report said.

It wouldn’t take much effort to adopt a similar approach in New Jersey since the state already has a similar data-collection tool, said Regina Egea, GSI’s president.

“We collect all the data, but we don’t leverage it as effectively,” she said.

Egea also highlighted the issue of “courtesy” busing as something that is typically left up to decisionmakers at the local level. But she insisted there should be more transparency as districts seek state funding for transportation services to ensure that taxpayers statewide are not subsidizing the districts that are choosing to increase their own busing costs.