NJTV News: Unhappy with the state of Jersey’s roads? Then get a load of this - Garden State Initiative

NJTV News: Unhappy with the state of Jersey’s roads? Then get a load of this 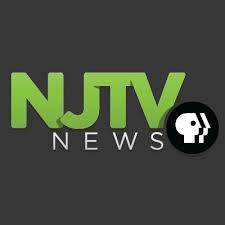 Asking New Jersey drivers what they think of the condition of the state’s roads is likely to produce a response like this:

But then watch what happens when they’re told a think tank has issued a report saying the Garden State spends more maintaining and buildings its roads than any state in the region.

The report was issued by the Garden State Initiative — a right-leaning nonprofit that’s focused on economic development and improving the performance of government. It factored in the D+ rating the American Society of Civil Engineers gave the state for infrastructure and took a look at seven states in the region in concluding that New Jersey has the highest cost of maintenance and construction for its roads and bridges.

Henry Amoroso, executive chair of PEL Analytics who co-authored the report, said the state lacks a centralized system of real planning and prioritization.

“If you drove into Newark from even 15 miles away there’s a really good chance you went through six, maybe even seven, road jurisdictions,” he said. “And because there are so many jurisdictions dealing with all these different road structures, we’re not expending our capital in such a way where we’re prioritizing them based upon a real capital plan.”

Amorosa said Virginia has a statewide system to prioritize projects based on key factors like congestion mitigation and prospects for economic development. The report suggests New Jersey consider adopting such a system.

New Jersey would also benefit from a consolidation similar to what’s being done in Massachusetts, he added. According to the report, Massachusetts saved $525 million from 2009 to 2015 in public employee benefits and administrative functions by consolidating various agencies.

“With that consolidation, they were allowed and afforded the ability to eliminate a lot of overlap, to get better planning in place,” he said.

“Over 500 bridges done in conjunction with a private entity who for 40 years manages those bridges and maintains and repairs those bridges at a cost of 40% less than what the state might have been paying for the same bridges,” he said of the initiative.

The Garden State could save nearly $2 billion annually by following in the footsteps of Virginia, Massachusetts, and Pennsylvania, the report says.

“Those savings could perhaps go into reduction in taxes,” Amoroso said. “It can go to a better use in the Transportation Trust Fund.”

A spokesman for the state Department of Transportation cited dense population, congestion, an old transportation infrastructure, and heavy truck volume as reasons why road projects cost more in New Jersey.

“The department looks to maximize every dollar of the resources with which we are provided by using innovative materials and techniques,” said NJDOT’s deputy director of communications Steve Schapiro in a statement. He said the department uses “value engineering to identify the best road design solutions and the lowest life cycle costs for construction and maintenance.”

The department also employs “state of the art pavement preservation techniques … to increase the amount of pavement repairs that can be done with the available funding,” the statement read.

Schapiro said NJDOT appreciate the ideas put forward and is open to exploring more ways to save money.