Politico: Murphy, a year in, still aiming for the moon - Garden State Initiative

Politico: Murphy, a year in, still aiming for the moon 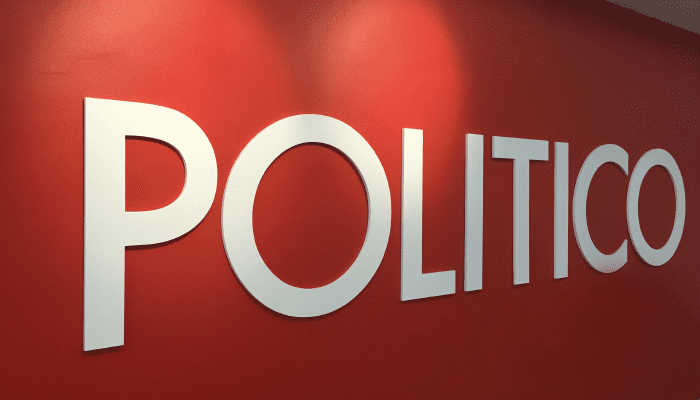 As Gov. Phil Murphy took office nearly a year ago with a moonshot speech about his liberal priorities, he invoked President John F. Kennedy, saying his own agenda items were worth tackling “not because they are easy, but because they are hard.”

Now, 364 days later, the former Goldman Sachs executive finds himself looking to implement many of the same ideas he pushed a year ago, but with a much more hostile Legislature at his back and scandal swirling around his still young administration.

Delivering his first State of the State address on Tuesday in Trenton, Murphy will stand in front of Senate President Steve Sweeney and Assembly Speaker Craig Coughlin to highlight a list of policy items Democrats had waited years to push through after the departure of Republican Gov. Chris Christie.

Murphy, 61, is likely to hail tougher gun control measures, the restoration of funding for women’s health, an expansion of the state’s paid sick leave program, reforms to the state’s school funding formula and an increase to college financial aid.

But he’ll also return to familiar themes as he continues seeking support for a higher minimum wage and the legalization of recreational marijuana, and as he searches for enough revenue to fund his efforts to improve NJ Transit, the state’s beleaguered commuter rail and bus agency.

“We have made great progress over the last year building a stronger and fairer New Jersey, with vital investments in education, infrastructure, and our economy to grow and protect our middle class,” Murphy said in a statement. “But our work is far from done. This year’s State of the State will focus on continuing to make New Jersey a better, more affordable place to live, work, and raise a family.”

Murphy is also expected to address the state’s fiscal health — perhaps a sign he’s gearing up for another budget fight over tax increases — and plans to talk about the recent comptroller’s report on the New Jersey’s corporate subsidy program, according to a senior administration official.

The latter issue offers plenty of fresh fodder to the governor. The audit by the Office of the State Comptroller found that since 2005, New Jersey has awarded about $11 billion in incentives to corporations that promised to create or retain jobs without sufficiently ensuring that the companies lived up to their commitments.

Attorney General Gurbir Grewal said Monday he will examine the tax incentive programs, run by Christie’s Economic Development Authority, in search of any “violation of civil or criminal law.” Grewal, appointed by Murphy, said he would “use the full powers of my office to seek recovery of those funds and ensure that the proper parties are held accountable.”

The existing subsidy programs expire in less than six months, requiring Murphy to work with lawmakers to come up with a replacement. The governor wants to retool the programs and impose substantial caps on the amount of incentives the state awards. His office has begun circulating talking points about the proposals to lobbyists, as POLITICO reported last week, and the governor said his staff has already drafted legislation.

It could offer an opportunity for common cause, but could just as well turn into another blood fight between Murphy and the legislative leaders, neither of whom has shied away from stopping the governor’s agenda when they haven’t seen eye to eye. Even where they have been an agreement on concept, Murphy has still struggled to reach accords with Sweeney (D-Gloucester) and Coughlin (D-Middlesex).

The trio is still negotiating a bill to raise the minimum wage to $15 an hour — a concept on which they had stood together to endorse just days after Murphy won the election in 2017. All three said last year they were close to a deal, but there’s been little movement since.

And the legalization of marijuana, a first-100-day item that turned into a first-year item, is now a second-year item with no timetable for completion. There are still disagreements between Murphy and lawmakers about tax rates and a regulatory structure to monitor an industry that remains in the shadows.

The State of the State, scheduled for 2 p.m. at the Statehouse, could be a chance to set a new tone. Otherwise, some observers say, the three will remain in a Trenton swamp.

“They’re talking past one another, almost,” said Regina Egea, president of the Garden State Initiative think tank and a former chief of staff to Christie. “They’ve got to figure out how to work together. Nobody’s getting what they want.”

The most bitter fighting between Murphy and the lawmakers came during last year’s budget negotiations, as the governor sought to raise taxes on millionaires and roll back a recent cut in the state sales tax. The governor fought a verbal wrestling match with Sweeney and Coughlin — even comparing them to Christie at one point — and nearly shut down state government.

In the end, Murphy got a higher tax rate on those earning more than $5 million per year, and a temporary increase in the corporate business tax, among other revenue boosters. It was almost as much new revenue as he had sought — $1.6 billion, instead of about $1.7 billion — but half will be gone by 2022 and a quarter by this July.

Murphy hasn’t ruled out seeking tax hikes again this year, even though Coughlin and Sweeney have said such a proposal would be dead on arrival. The governor delivers his budget address on March 5, later than governors typically do.

All of it comes as Murphy’s administration is embroiled in controversy over its handling of a rape allegation against Al Alvarez, a former campaign adviser who worked at the Schools Development Authority until his resignation in October. Lawmakers from both houses continue to hold hearings into why Alvarez was hired and why it took so long to get rid of him. Murphy‘s chief counsel, Matt Platkin, is scheduled to appear before lawmakers on Friday.

Meanwhile, the sort of liberal groups that helped usher in the Murphy era are now concerned he hasn’t done enough.

On Monday, some of those people stood on the steps of the Statehouse to deliver the “People’s State of the State,” all expressing their dismay at how little Murphy and Democratic lawmakers had achieved.

The Rev. Dr. Charles Boyer, executive director at Salvation and Social Justice, a faith-based public policy group, said families, particularly those of color, are suffering every day from the inaction in Trenton.

“The good of the people cannot take second seat to political gamesmanship, grudges or power plays,” he said.

The activists pointed to the failure to raise the minimum wage, as well as a lack of interest in legislation that would give drivers licenses to undocumented immigrants and expand voting rights to those on parole or in prison.

“We’ve been promised licenses for years with the excuse that, under Chris Christie, that wouldn’t happen, but under a new administration, it would,” said Johanna Calle, director of New Jersey Alliance for Immigrant Justice. “This is the single most important issue that is impacting our communities and we are still being ignored. Enough is enough.”

How did Murphy, the most liberal governor in New Jersey’s modern history, end up upsetting the champions of his own causes? Some say he simply overpromised.

“I think they kind of got themselves convinced, you know, it was going to be an easy lift in the Legislature and it turns out they were sort of mislead by their own confidence in what they thought they’d get done,” said Carl Golden, a top staffer to former Republican governors Thomas Kean and Christine Todd Whitman. “All of those things that are pretty much integral to a progressive agenda got overwhelmed by what didn’t happen as opposed to what did.”

Katherine Landergan contributed to this report.