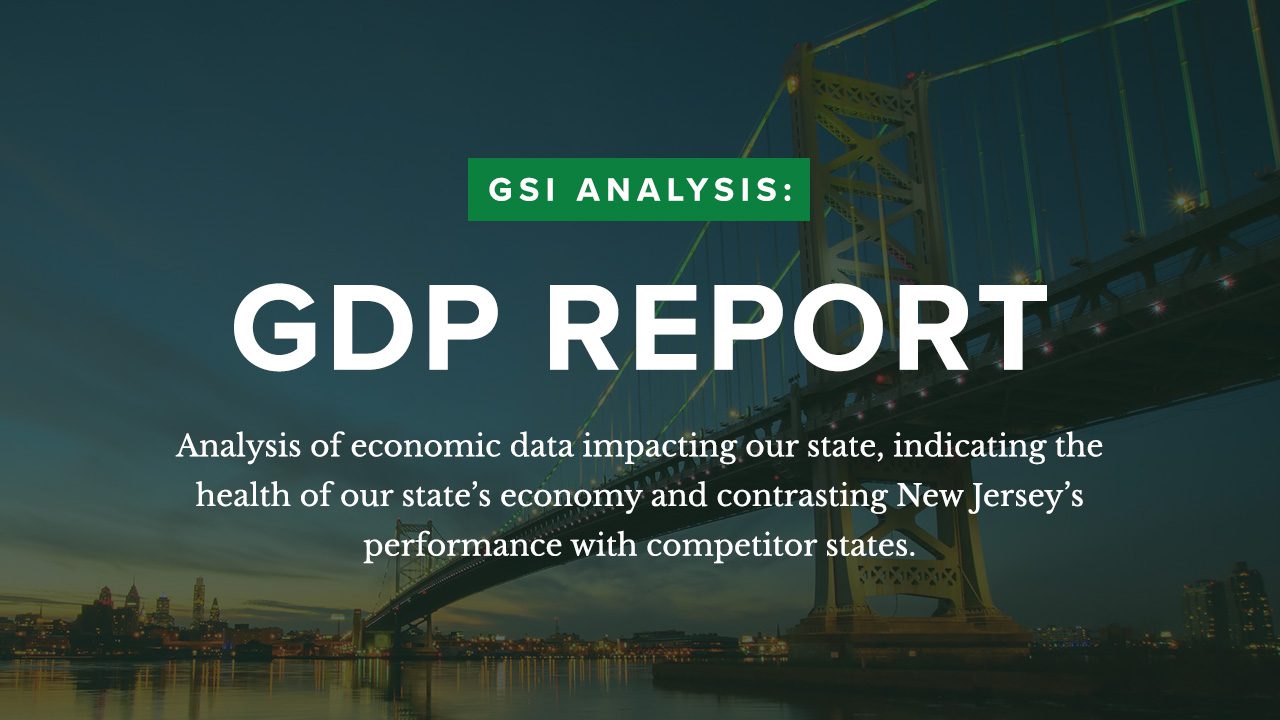 MORRISTOWN, NJ – On September 30th, the U.S. Bureau of Economic Analysis issued its report on the Gross Domestic Product by State and Personal Income by State, 2nd Quarter 2022, covering the months of April through June 2022. Dr. Charles Steindel, former Chief Economist of the State of New Jersey, analyzed the report for the Garden State Initiative:

New Jersey’s real GDP—a summary estimate of the value of all goods and services produced in the state—fell at a 1% annual rate in the second quarter, according to the US Bureau of Economic Analysis. This was somewhat greater than the nation’s 0.6% rate of decline and ranked 24th in the nation. All other states in the Mideast region did better, most notably Delaware ranked 4th, with growth at a 1.2% rate, and New York 6th, with a 0.7% rate of growth. New Jersey did do much better than both Connecticut and Massachusetts, where output is estimated to have fallen sharply (especially in Connecticut, with a 4.7% rate of decline).

Looking at industries, New Jersey’s relative performance was weakest in nondurable manufacturing. Other sectors were, relative to the nation were typically, but not always, modestly stronger.

Our soft Q2 stands in contrast to Q1, where the updated figures indicate that state output grew at a 1.7% annual rate, quite a bit higher than the nation’s 1.6% rate of decline. In Q1 New Jersey outperformed New York, Pennsylvania, Delawre and Massachusetts—all of which declined, but was far below Connecticut’s rapid 5.5% growth (the highly volatile numbers for Connecticut in Q1 and Q2 suggests that the state might consider rethinking its unofficial “land of steady habits” motto).

Looking back, New Jersey’s real GDP for 2021 as a whole is now estimated to have grown 5.9%–matching the national increase. The annual revisions show a slightly higher level of output

The story for personal income is broadly comparable to that for GDP. Our 5.6% growth rate in Q2 was a touch softer than the nation’s 5.6% (we ranked 27th) and well below New York’s 7.2%. However, our growth was equal to or larger than our neighbors’. In Q1, as was the case for GDP, we outperformed the nation, with a 5.3% rate of growth (the national figure was 3.1%). Estimates of personal income for recent quarters and years were revised up.  However, the 2022:Q2 level is estimated to still be a bit under the record high set in 2021:Q1, when incomes were temporarily swelled by massive federal COVID relief benefits.