The Road to Equitable Transportation Policy in New Jersey: An Assessment of Cost Burdens, Gaps in Mobility and Recommendations for Reform - Garden State Initiative 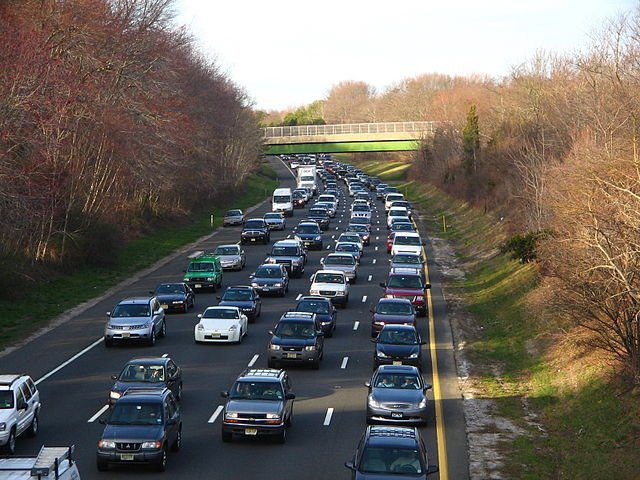 In a new research report, The Road to Equitable Transportation Policy in New Jersey: An Assessment of Cost Burdens, Gaps in Mobility and Recommendations for Reform, the Garden State Initiative examines the various issues that impact the cost of travelling in New Jersey, how infrastructure is funded, where those resources are distributed, and several future issues that may impact the state as technologies change.

“So much of New Jersey’s transportation policies, both in the funding and implementation, are grounded in decisions that were made decades ago and are no longer equitably servicing the needs of our state’s diverse communities,” said GSI’s president Regina Egea. “This independent evaluation offers a path forward for our state to equitably pay-for and provide services across all 21 counties while preparing for the challenges posed by technological advancement.”

Among the key findings the authors of the report, Jonathan Peters, Ph.D. and Richard Flanagan, Ph.D. of CUNY-College of Staten Island, and Cameron Gordon, Ph.D., of the Australian National University, uncovered:

Based on the challenges outlined in their report, the following policy changes are among those recommended by the authors to meet New Jersey’s 21st century transportation needs:

2) Provide mass transit with a dedicated revenue stream. Whether NJ Transit stays as one unit or two, mass transit in the state needs a reliable and dedicated revenue stream – most effectively from current taxes. NJT’s budget has been subject to swings in allocation according to the whims of Trenton politicians thus making long-term planning and operational improvements challenging.

3) Policymakers in the state would do well to hedge their bets as to what technology will win the future—battery charges or hydrogen fill-ups. A carbon zero future will depend on more subsidies and investment of which the current Clean Energy Program is just a start. It very well may be the case that different regions in the state will have different EV mixes. Furthermore, in light of the infrastructure challenges, it is likely that the traditional combustible engine will continue to be used well into the future, and well-established engine/battery hybrids will see us through a long period of transition.

4) A deregulated auto insurance market works best. Keep it that way. One of the great bipartisan success stories in the state has been the taming of auto insurance rates in the past twenty years. There are over thirty major players in this market competing for consumers. Deregulation is a success story, and efforts to re-regulate this market by micromanaging risk assessment models of firms is a step in the wrong direction.

5) The state legislature should eliminate the revenue target for the fuel tax, and set a statutory limit on the percentage of tax revenue the governor can divert. Over the past few years, New Jersey jumped from the almost bottom to nearly the top among the states in gas taxes collected at the pump chasing a revenue target set over 5 years ago.  In addition, Trenton is diverting more tolls and fuel taxes to help NJ Transit. While federal stimulus aid may put off a day of reckoning for a time, this reallocation of monies is a long-term threat to road capital plans. It is time to pump the brakes on road tax and toll diversions.

If these recommendations are implemented, the people of New Jersey will be able to look forward to a state transportation system that is tailored to meet the needs of all its diverse population, tailored to the unique locally prevailing circumstances that occur in different parts of the state, especially the north versus the south. Financing and funding would be more efficient, allowing for lower fiscal burdens to deliver better improvements without getting locked into unsuitable or unsustainable technologies.